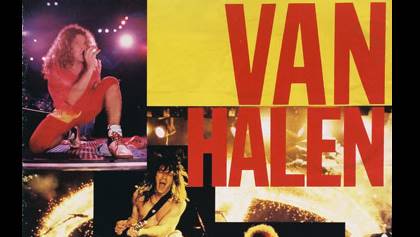 The Pulse Of Radio reportst that VAN HALEN's 1993 concert collection "Live: Right Here, Right Now" was released by the band in an effort to block a David Lee Roth/VAN HALEN compilation, according to sources at Van Halen News Desk. At the time of VAN HALEN's third album with Sammy Hagar — 1991's "For Unlawful Carnal Knowledge" — Roth was allegedly threatening to sue his and the band's record label, Warner Brothers, if they didn't release an album entitled "Van Halen: Greatest Hits, Part 1", spotlighting not only his tenure in the band, but his solo hits as well — including, "Just A Gigolo", "California Girls", "Just Like Paradise" and "Going Crazy".

VAN HALEN's then-manager Ed Leffler went to the label and explained that a compilation featuring Roth tunes would derail all the momentum the Sammy Hagar-fronted lineup had achieved since 1986. The label pitched the idea of Hagar re-recording Roth-era classics with the band — which Leffler explained would only happen in the context of a live album. In the end, VAN HALEN only included four Roth-era tracks on the concert set — "Ain't Talking' 'Bout Love", "Panama", "You Really Got Me" and "Jump" — but it was enough to derail plans for the VAN HALEN/David Lee Roth hits compilation.

Sammy Hagar and David Lee Roth now enjoy an uneasy truce following their 2002 joint tour. Hagar recalled to The Pulse Of Radio the circumstances behind his longtime feud with Roth upon joining VAN HALEN. "The only reason why I think I was ever caught up in that thing was 'cause I was in VAN HALEN," he said. "I had never met the guy. The brothers (Eddie and Alex Van Halen) convinced me that he was the enemy, and then he starts saying bad things about me. Once we started having all that success, I think it freaked him out — he got really angry about it, and he started saying all kinds of crap." 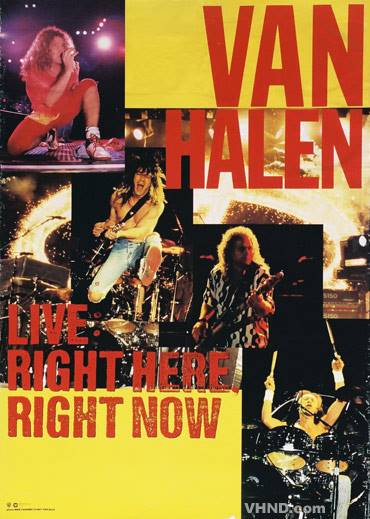