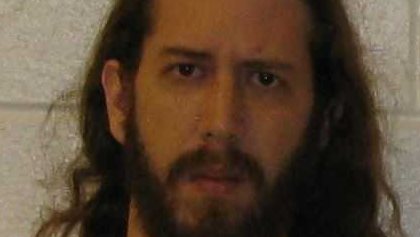 According to OnlineAthens, a 28-year-old man from Athens, Georgia has been charged with DUI, failing to maintain a lane and three counts of first degree homicide by vehicle in connection with the fatal April 2015 wreck that occurred when a van carrying members of two heavy metal bands — Atlanta, Georgia-based KHAOTIKA and the Huntsville, Alabama-based WORMREICH — crashed in northeast Georgia.

Nicholas R. Crisostomo, 25, of Round Hill, Virginia; Ian A. McKinney, 30, of Madison, Tennessee; and Paul. J. Truesdell, 29, of Mableton, Georgia, were killed at the scene of the crash.

McKinney and Truesdell were members of WORMREICH. Crisostomo was a member of KHAOTIKA.

Sergio Jose Quesada was booked into the Jackson County Detention Center on Monday and released on a $17,800 bond. He was the only one in the van to escape injury.

The accident happened at about 7 a.m. April 6, 2015 on I-85 southbound near Maysville Road in Jackson County, about 65 miles northeast of Atlanta, while the two bands were heading to Atlanta for a show after finishing a concert in Spartanburg, South Carolina.

Three people were ejected and later died. Eight other people were taken to local hospitals, three in critical condition.

WORMREICH is a black metal band which has released one full-length album, 2011's "Edictvm DCLXVI", and an EP, 2014's "Wormcult Revelations".

KHAOTIKA is a melodic black act that released its debut EP, "Bloodline Empire", in 2014.