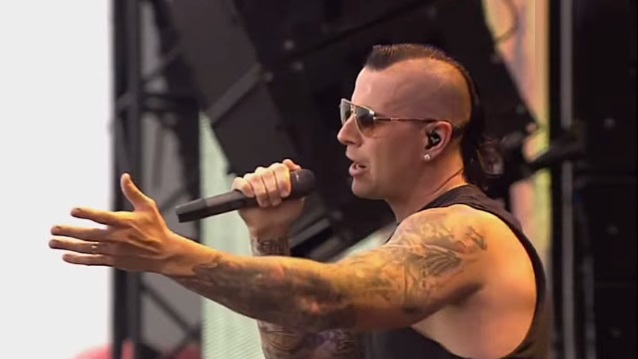 AVENGED SEVENFOLD Sued By WARNER BROS. After Trying To Get Out Of Record Contract

According to Billboard.com, AVENGED SEVENFOLD has been sued for breach of contract by its record label of the past decade, Warner Bros. Records. The suit seeks compensatory damages because the band is refusing to fulfill its agreement with the company.

AVENGED SEVENFOLD released four studio albums for Warner, but is trying to get out of the contract with the label. At the end of 2015, the group notified the company that they would not render services to Warner, citing Section 2855 of the California Labor Code, which limits the duration of personal-services agreements to seven years — the so-called seven-year statute.

"AVENGED SEVENFOLD recently exercised the rights given them by this law and ended its recording agreement with Warner Bros. Records," the band's attorney Howard E. King said in a statement. In the eleven years since the contract was signed, King said the label "underwent multiple regime changes that led to dramatic turnover at every level of the company, to the point where no one on the current A&R staff has even a nodding relationship with the band."

He added: "The band looks forward to building a relationship with a new label. [AVENGED SEVENFOLD] has every expectation that it will forge the success and personal relationships with them that it once had with Warner Bros."

In its lawsuit, Warner dismissed the applicability of the "seven-year rule," explaining that AVENGED SEVENFOLD is obligated to turn in an additional CD/DVD live album.

AVENGED SEVENFOLD was originally signed to Warner for five studio albums, and the label apparently tried unsuccessfully to renegotiate the deal in fall 2015 to include a sixth album.

Under the seven-year rule, labels have 45 days to file legal action against the artist attempting to leave. AVENGED SEVENFOLD's letter announcing its departure was dated November 25, but the label claims it received the letter on November 30. The company filed suit against the band on January 8 — 39 days later.

Warner Bros. claims it has invested significant funds in the band's future releases based on the belief that the contract would be upheld, and the sudden decision to opt out of the deal is a breach of good faith and fair dealing.

AVENGED SEVENFOLD is scheduled to begin recording its new album next month. Its previous two releases, 2013's "Hail To The King" and 2010's "Nightmare", both topped the Billboard album chart. Each of their last five records has sold over 500,000 copies, with 2005's "City Of Evil" moving over a million.

AVENGED SEVENFOLD is not the first hard rock or heavy metal act to seek an early end to its record contract on the grounds that the agreement had run for longer than the seven years allowed under California Labor Code Section 2855. Back in 1994, METALLICA sought to be emancipated from its recording contract with Elektra on similar grounds. Like AVENGED SEVENFOLD, METALLICA never renegotiated its original "baby band" deal signed with Elektra in 1984.

Section 2855(a) provides in relevant part that "a contract to render personal service ... may not be enforced against the employee beyond seven years from the commencement of service under it."

METALLICA settled its lawsuit against Elektra in 1995.