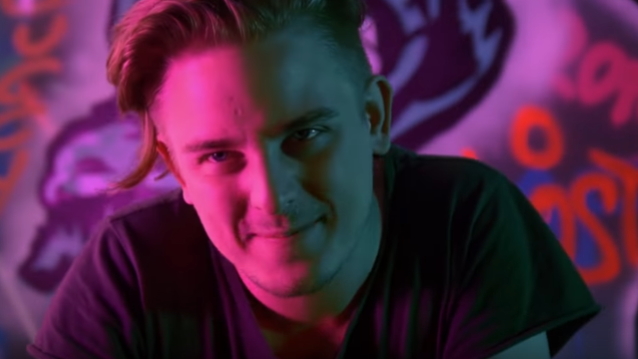 Örs Siklósi, lead singer of the Hungarian post-hardcore/modern metal act AWS, died on February 5 after a battle with leukemia. He was only 29 years old.

Internationally, AWS is best known for representing Hungary in the Eurovision Song Contest in 2018.

"To say the unspeakable, to write what no words can describe," they wrote. "This is what we need to do now.

"Last June Örs had been diagnosed with leukaemia and now we are deeply saddened to inform you that he passed away yesterday.

"He wanted to open up about his illness last month, he had planned to release his first solo record this Spring and we were set to make the fifth AWS record and play shows again this Fall. During this period his bravery and dignity were exemplary.

"His creativity, the depth of his lyrics and his presence on the stage will be greatly missed. Losing him is beyond our reach and he will leave a vast space not just in our lives but in the music scene.

"Örs was the fire himself, warm hearted companion and friend, an inspiring person whom you could trust and always relay on. He was a true wonder.

"We're opening our arms and hearts to his family, his friends and everyone who ever felt touched even through his lyrics.

"We were all very lucky to have had him in our lives and as much as Örs will be missed by us all, he will remain with us all, every day, as long as we can remember."

Three years ago, AWS came out on top in the seventh edition of the Hungarian Eurovision Song Contest national selection "A Dal" with its emotional song "Viszlát Nyár" (English-language translation: "Goodbye, Summer") performed in the band's native language. They later played the same track at the Eurovision Song Contest grand final in Lisbon, Portugal

AWS was founded in 2006 in high school by Siklósi, Bence Brucker, Dániel Kökényes and Áron Veress. They were later joined by bass player Soma Schiszler. Combining different elements of nu-metal, metalcore, post-hardcore and psychedelic rock, the band managed to produce four full-length albums during its 15-year existence. Following a decade of successful club shows and even major festival appearances from all over Hungary to Austria, Slovenia, Romania and the United Kingdom, the band was announced as one of the participants of "A Dal" in 2017.

A well-known name among lovers of heavy music in the underground metal scene, AWS was chosen from eight entries who made it through to the final round of the "A Dal" show. These acts were judged by a four-member jury consisting of well-known figures of the Hungarian music and art scene. Unexpectedly, AWS snuck into the super-final round in the company of three pop music acts to steal the show: in this final stage, people from all over the world were able to vote for their favorite artists. This is what ultimately earned the band its triumph: AWS knocked pop music out of its way with the help of metal fans to claim the first place.

The dynamic winning song, featuring both clean and screamed vocals, was inspired by a family tragedy. Siklósi stated at the time: "'Viszlát Nyár' was put together in a summer camp in the company of a few bottles of wine. The lyrics are originally about my father, who passed away recently. We tried to make the video a little bit different. We didn't want it to be only about my story, so other band members can relate to it as well. We've emptied all our family video archives to demonstrate the passing of time and to stress how important it is to look after our beloved ones, because nobody's got too much time here to mess around."