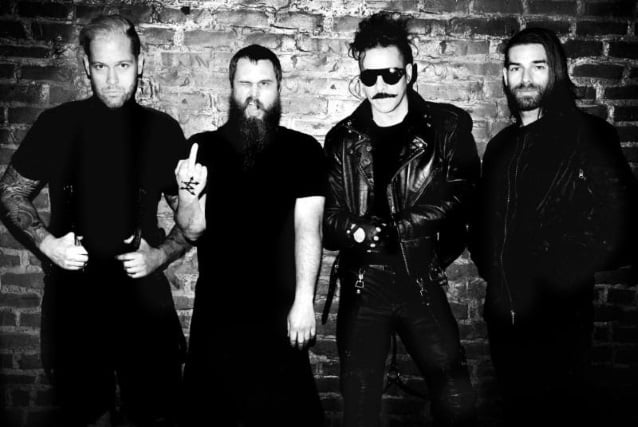 Transgressive five-piece 3TEETH has signed with Century Media Records. The announcement coincides with 3TEETH's back-to-back co-headlining shows in the band's hometown of Los Angeles, which precedes its headlining European tour this spring.

3TEETH will release its third full-length album later this year.

On 3TEETH's signing, frontman Alexis Mincolla shares: "It was a perfect-storm moment for 3TEETH — musically, culturally — to make the jump to Century Media. We have more to say than ever and needed a label home that understood that."

Having been compared to the likes of NINE INCH NAILS, TOOL and MINISTRY, 3TEETH made a name for itself with the release of its explosive singles "Degrade" and "Atrophy" in 2017. The band draws inspiration from the early '90s industrial scene to craft their artful sound.

Formed in 2013, 3TEETH is known for its unique brand of industrial metal, thought-provoking imagery and incredible stage show. Comprised of Alexis Mincolla (vocals),Xavier Swafford (keys),Andrew Means (modular synth),Chase Brawner (guitars) and Justin Hanson (drums),3TEETH was hand selected by TOOL's Adam Jones in 2015 to open for TOOL's first North American tour in over two years. 3TEETH has also toured with RAMMSTEIN, DANZIG, HIM and MINISTRY, to name a few.