AMC has announced that its docu-series "4th And Loud", which follows the inaugural season of the LA KISS Arena Football League team, will premiere on Tuesday, August 5 at 10/9c. The 10-episode (60-minute) series will follow team owners Paul Stanley and Gene Simmons, of KISS fame, along with additional owners, long-time KISS manager, Doc McGhee, managing partner/owner, Brett Bouchy and president/owner, Schuyler Hoversten, as they and the dedicated players and coaches work to turn L.A.'s first professional football team in years into a winning franchise.

"We look forward to capturing all the trials and tribulations of launching a sports franchise in a great sports city like Los Angeles," said Eliot Goldberg, AMC's senior vice president of unscripted programming. "These are incredibly dedicated athletes, coaches and management who want to win, and the fact that the team has rock and roll royalty in the owners' box just adds another great dimension to the series."

"We are thrilled to partner with AMC in bringing our show to the viewing public," Paul Stanley said. "Anyone who knows Gene and I know we have never played by the rules. This opportunity to see the making of our team of rebels, the LA KISS, from behind the scenes will once again show everyone that we play to win."

A trailer for "4th And Loud" can be seen below. 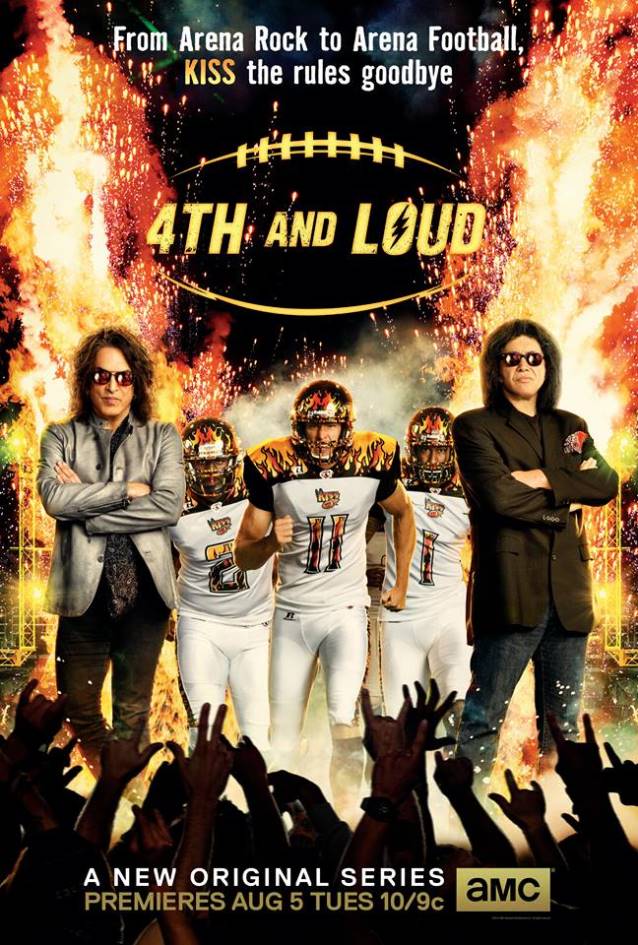