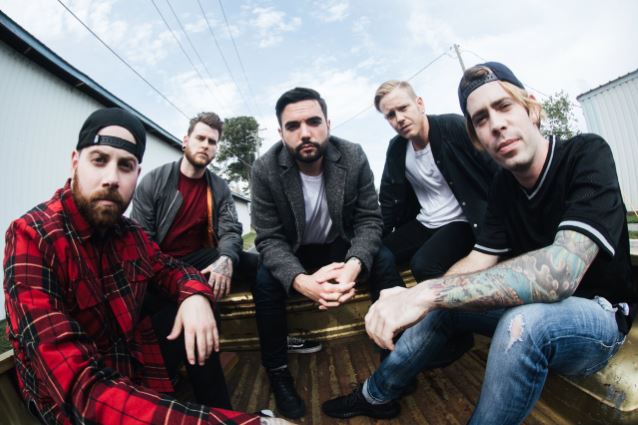 A DAY TO REMEMBER has emerged victorious in its lengthy legal battle with its former record label and has been awarded $4 million in unpaid royalties from digital download and merchandise sales.

The Florida-based band sued Victory Records in 2011 for a breach of contract, claiming that they had fulfilled the terms of a five-album deal. Victory, however, argued that the group left the label before fulfilling that commitment, insisting that the band only recorded three of the five required albums: "For Those Who Have Heart", "Homesick" and "What Separates Me From You".

After a two-week jury trial and a day and a half of deliberations, an eight-person jury in Illinois decided in A DAY TO REMEMBER's favor, agreeing that some of the recordings made by the band — the band's two filmed concerts released on iTunes — did count towards the five-album total. The jury also gave the band the composition rights to their songs, while Victory was awarded the sound recording copyrights.

In a statement, the band said: "As many of you know, more than five years years ago, we filed a lawsuit against Victory Records seeking freedom and resolution on several issues we had with them. For the past two weeks, we have been in court arguing our case. Yesterday the jury came back with a unanimous verdict in the trial granting us that freedom and resolution.

"Thank you to the fan base for supporting us through this difficult time; we couldn't have done this without you. This isn't just a victory for us but also a victory for every band wronged over the years. Right doesn't always win, but yesterday it did."

A DAY TO REMEMBER's latest album, "Bad Vibrations", came out in September.