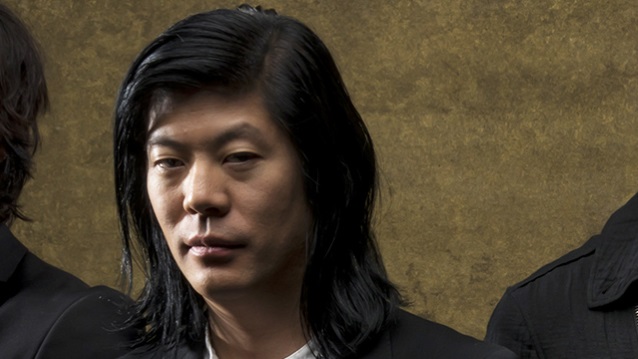 According to Guitar World, A PERFECT CIRCLE has tapped longtime friend Greg Edwards (FAILURE, AUTOLUX) to fill in for guitarist James Iha (pictured) on tour this spring. Iha — who remains a member of APC — is unable to go on the road with A PERFECT CIRCLE because of his commitments with the recently reunited SMASHING PUMPKINS.

The long-awaited semi-reunion of the original PUMPKINS was made official last month with the announcement of a 36-city North American tour that will begin in Glendale, Arizona on July 12 and wrap up on September 7 in Boise, Idaho.

The show will feature material exclusively off the first five PUMPKINS albums, from their debut "Gish" to the last LP to feature the original lineup, "Machina: The Machines Of God".

Joining the three charter members — frontman Billy Corgan, Iha and drummer Jimmy Chamberlin — will be Jeff Schroeder on guitar and Jack Bates on bass. Founding bassist D'arcy Wretzky will apparently not participate, with Wretzky accusing Corgan of inviting her to join and then later rescinding his offer.

A PERFECT CIRCLE's new album, "Eat The Elephant", is set for release on April 20 and will be the first collection of studio recordings from the band since the 2004 covers LP "eMOTive".

A PERFECT CIRCLE is set to hit a number of festivals this summer, including a headlining slot at Indio, California's Coachella on April 15 and April 22, plus events in Las Vegas, Dallas and Somerset, Wisconsin.