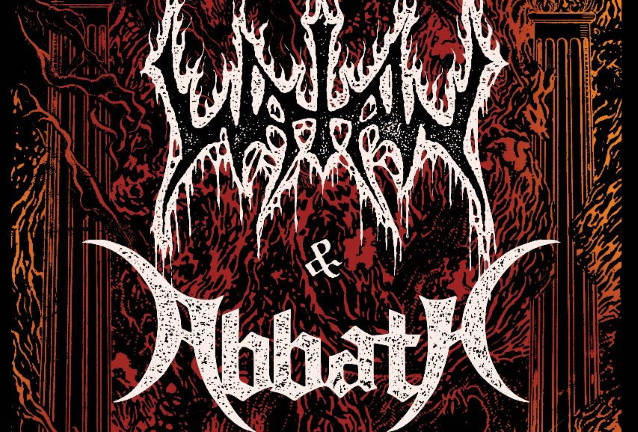 Norwegian metal titans ABBATH have announced a brand new co-headlining tour with Swedish black metal outfit WATAIN. The "Chariots Of Fire" trek will kick off on September 15 at the Elysee Montmartre in Paris, France and will wreak havoc in 13 more countries before a final curtain on October 9 at the Vanha venue in Helsinki, Finland. Special guests will be TRIBULATION and BÖLZER during all shows. Tickets will be on sale starting Wednesday, February 16 at 10:00 CET.

ABBATH recently released the title track of its new album, "Dread Reaver", which will arrive on March 25 via Season Of Mist. The cover artwork for the LP was created by Bjørn Stian Bjoarvik and the photos were taken by Francisco Munoz.

Two years in the making, ABBATH's third full-length is the culmination of everything before it. A fusion of debut "Abbath" (2016) and follow-up "Outstrider" (2019),the aptly titled "Dread Reaver" extends its fantastical fangs outward and drives its cloven hooves onward. Indeed, there's nothing like an ABBATH record. This is the darkest metal for epic journeys and ancient battles. Comprised of eight riveting tracks and a red-hot cover of METALLICA's "Trapped Under Ice", "Dread Reaver" shows ABBATH triumphing over all trials and tribulations, riding hard into merciless glory as the one and only "Lemmy of black metal."

"Dread Reaver" was produced by Endre Kirkesola, ABBATH, and Dag Erik Nygaard at Dub Studio in Kristiansand and Bergen Lydstudio, respectively. Kirkesola and Nygaard also engineered. Mixing was performed by ABBATH and Kirkesola, while the mastering was done by maestro Maor Appelbaum (FAITH NO MORE, HALFORD) at Maor Appelbaum Mastering in Los Angeles. The goal was to field a storming production that sat firmly at the crossroads of Abbath's heroes KISS, MOTÖRHEAD, MANOWAR and BATHORY. From the anthemic thrust of opener "Acid Haze" and the epic pound of "Dream Cull" to the rampaging "The Book Of Breath" and the wicked cover of "Trapped Under Ice", "Dread Reaver" sounds as massive as Norwegian mountain and as fiery as the depths of Hell. Truly, the recording lineup of Abbath (guitar, bass, vocals),Ukri Suvilehto (drums),Ole André Farstad (guitars) and Mia Wallace (bass) found their sonic muse.

Earlier in the month, WATAIN unleashed "The Howling", the first single from its upcoming new studio album, "The Agony & Ecstasy Of Watain", which will be released on April 29 via Nuclear Blast.

"The Howling" sets the tone for what will be offered on the band's seventh full-length, an unsettling blackened voyage in 10 chapters that is as inexorably vicious as it is enticing.

Vocalist Erik Danielsson states: "'The Howling' refers to the wordless voice of the wild, wailing eerily through the ages, urging us to leave our safe spaces and explore the dark recesses of the great Abyss both within and without. To see it, to learn from it, to know it. "

The single is available in both digital and physical form — a strictly limited seven-inch with "The Howling" on its A-side and the PROFANATICA cover "I Arose" on its B-side can be bought as of today. The black vinyl is exclusively available through Nuclear Blast mailorder, whereas the oxblood colored version is being sold in the band's own shop. 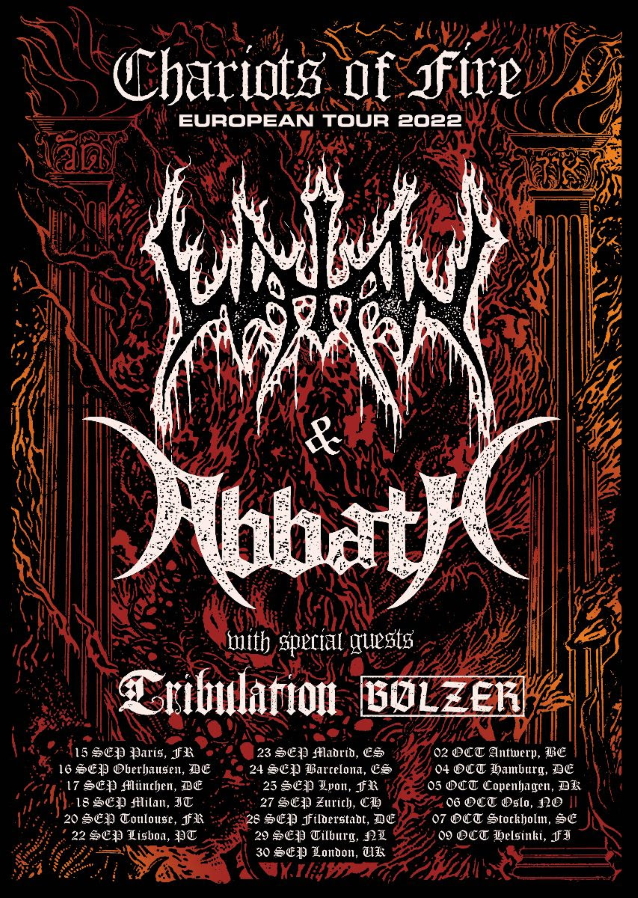