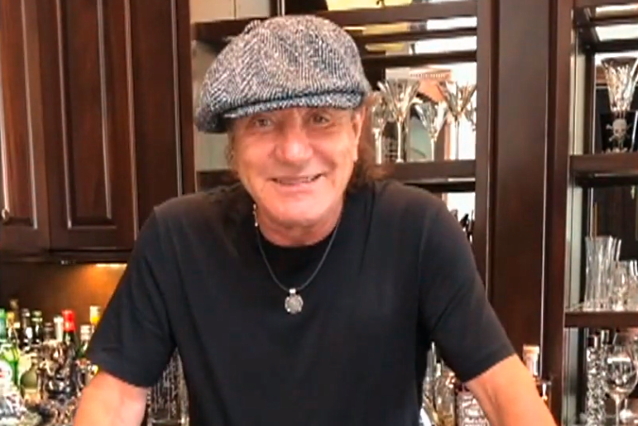 AC/DC singer Brian Johnson has recorded a video message of support for the Italian fan site AC/DC Italia during the coronavirus pandemic.

In the two-and-a-half-minute clip, which can be seen below, Johnson states: "Listen, I know you've been through a real bad time and you're starting to slowly come out of it. But I feel for you…

"But you know what? Watching the news and seeing the Italian people singing from the balconies made me feel so proud and very emotional too. It was my mother's country, and I suppose it's my country too.

"I just hope very soon we'll be able to see you all again."

Up until a few days ago, Italy had the highest coronavirus death toll in Europe. On Tuesday, the country reported that the virus has killed 29,315 people there.