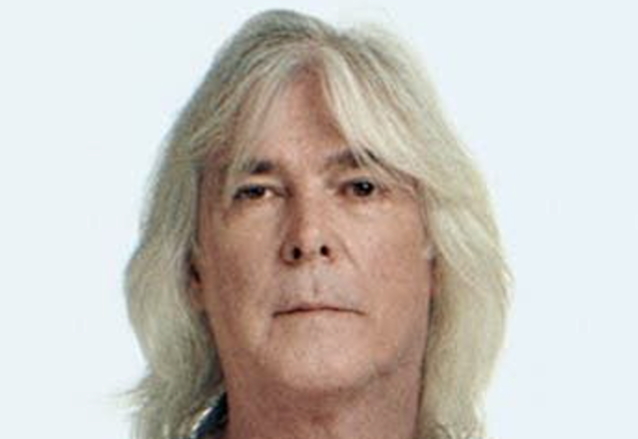 Cliff Williams spoke to Dean Delray's "Let There Be Talk" podcast about his decision to return to AC/DC for the making of the band's upcoming album, "Power Up".

Asked if Johnson's departure from the road was what led to his desire to stop touring, Cliff said (hear audio): "It was before then. I spoke to Angus [Young, AC/DC guitarist] about it initially. I was at a point — and this is at the beginning of the 'Rock Or Bust' tour — that I just felt, for me, it was time to hang it up. I knew that I didn't wanna keep doing these two-year tours, and I didn't wanna hold them back, so I made them aware of the fact that this was gonna be my last go-round. It was a tough tour to finish. God bless Axl for coming in and helping us out, finish it up. He did a great job. And at the end of that, I was definitely — that was it for me. Done — just done. That compounded the whole thing."

"If 'Back In Black' has [late AC/DC singer] Bon Scott all over it, for me, 'Power Up' has got Malcolm Young," Cliff said. "This is for him. And it's the band that we played together with for 40-plus years. And I wanted to do that — I wanted to come back and do that.

"We did some rehearsals earlier this year before this darn COVID thing popped up, and we had great rehearsals," he continued. "The band was playing really well. So [they asked me], 'Do you wanna do a few shows? 'Sure'. A few shows. We were planning on doing that. Everyone goes home to their respective homes, and bang, we've been here ever since [because of the coronavirus-related shutdown]."

"For both [my mental and physical] health," he said. "I definitely have some physical issues, which I won't bore you with the details of. But, yeah, it's tough. I'm very grateful for everything. It's been fantastic. But I just don't wanna do that anymore."

Williams recently revealed that a "terrible" bout with vertigo contributed to his 2016 retirement. He also admitted the return of both Johnson and drummer Phil Rudd convinced him to rejoin the group. "It was like the old band back together," he told Rolling Stone. "It was not like starting over again, but as close to the band that's been together for 40-plus years as we can possibly make it. I didn't want to miss that."

"Power Up" is due on November 13. The follow-up to 2014's "Rock Or Bust" was recorded over a six-week period in August and September 2018 at Warehouse Studios in Vancouver with producer Brendan O'Brien, who also worked 2008's "Black Ice" and "Rock Or Bust".