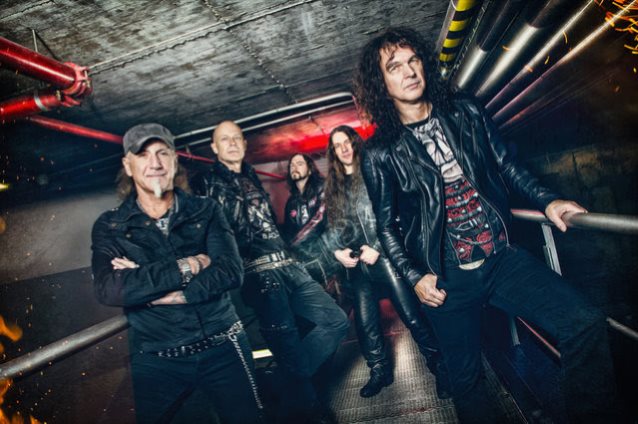 German/American metallers ACCEPT have announced the details of their early 2018 European tour, which will start on January 12 in Hamburg, Germany. The band will be promoting its new album, "The Rise Of Chaos", which will be released on August 4 via Nuclear Blast.

ACCEPT guitarist Wolf Hoffmann told Spain's MariskalRock TV about "The Rise Of Chaos": "It was recorded by the same team as the last three albums — it was Andy Sneap producing and Mark Tornillo on vocals and Peter Baltes [bass] and myself in the band. We have two new members, but other than that, it was recorded and written exactly the same way as all the other previous three albums. [It was] recorded mainly in Nashville, mixed in England. And, yeah, we took all of last year to write the songs, and I think it sounds [like] typical ACCEPT."

The cover artwork for "The Rise Of Chaos" was created by the Hungarian artist Gyula Havancsák and can be seen below. 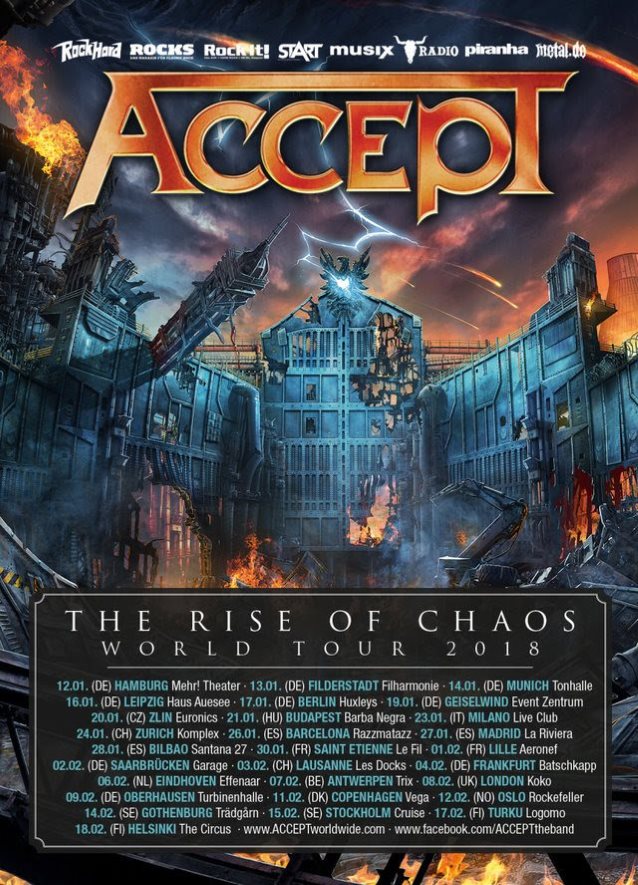