German/American metallers ACCEPT will embark on a European tour in January 2022. Support on the trek will come from PHIL CAMPBELL AND THE BASTARD SONS and FLOTSAM AND JETSAM.

* No PHIL CAMPBELL AND THE BASTARD SONS

ACCEPT guitarist Wolf Hoffmann recently told France's Loud TV about the "Too Mean To Die" album title: "It's more or less our answer to the whole corona vibe in the land, in the world. Of course, it's not meant serious — we said, 'We're too mean to die. We can't be bothered by any little virus that's out there.' Of course, it's not meant to be totally serious. But it sounded like a metal album, it sounded like a metal title, and we liked it. So we decided to go that route and give the metal fans a fresh and in-your-face sort of statement and a metal album that doesn't really deal with anything corona-related. 'Cause I think people had enough of all the corona stuff by now. It's time to move on." 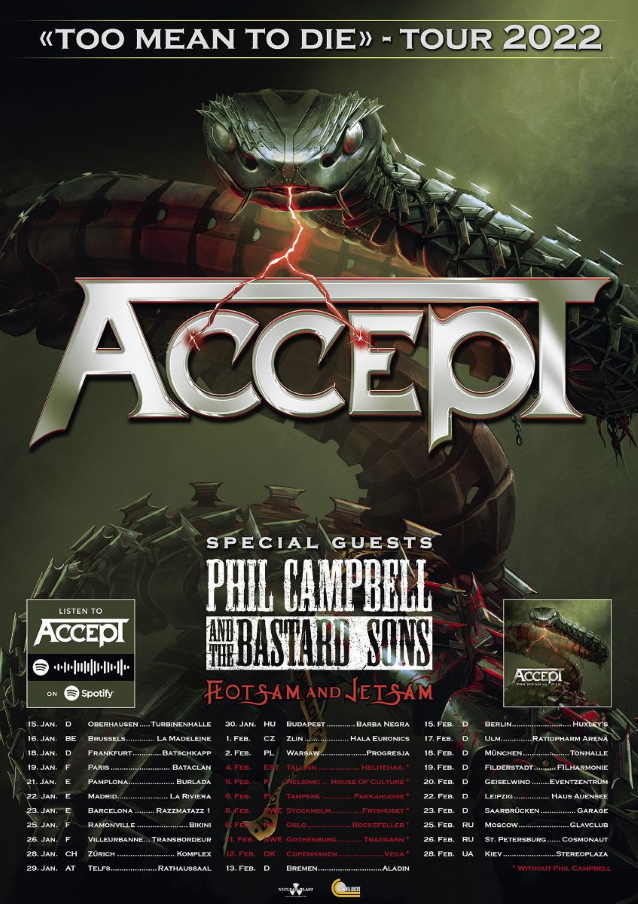