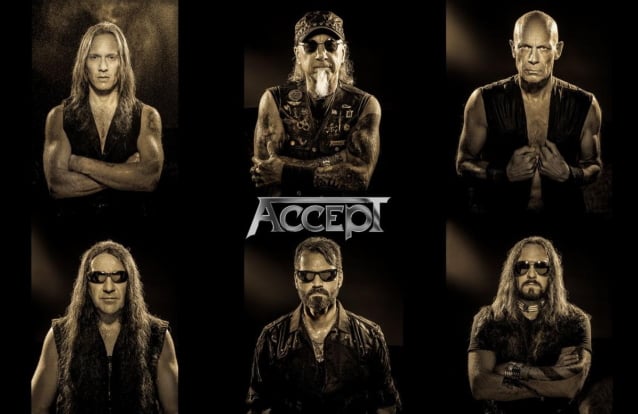 Legendary German/American metallers ACCEPT will embark on a North American tour in the fall. The trek, featuring support from NARCOTIC WASTELAND, will kick off on September 29 in Nashville, Tennessee and conclude on October 29 in Columbus, Ohio.

ACCEPT guitarist Wolf Hoffmann comments: "After two difficult years, I am very much looking forward to returning to the USA and playing in front of our American friends again. Let's rock out and have a great ACCEPT metal party with all of you headbanging metal veterans out there!"

Fans can expect a career-spanning setlist of new and classic tracks, including mega-hits "Balls To The Wall", "Princess Of The Dawn", "Fast As A Shark" and many more.

ACCEPT guitarist Wolf Hoffmann told France's Loud TV about the "Too Mean To Die" album title: "It's more or less our answer to the whole corona vibe in the land, in the world. Of course, it's not meant serious — we said, 'We're too mean to die. We can't be bothered by any little virus that's out there.' Of course, it's not meant to be totally serious. But it sounded like a metal album, it sounded like a metal title, and we liked it. So we decided to go that route and give the metal fans a fresh and in-your-face sort of statement and a metal album that doesn't really deal with anything corona-related. 'Cause I think people had enough of all the corona stuff by now. It's time to move on."

Asked about ACCEPT's overall approach since he came into the group, Tornillo told "That Jamieson Show": "Basically, [we went] back to what we did in the '80s — what everybody did back in the day. The whole thing was, when I joined the band, Wolf did not want the band to rest on its laurels and only go out and play the classics. He wanted a real band. So we've been album-tour, album-tour — like it always was."

Mark also talked about his musical personal chemistry with Hoffmann, who is the sole remaining member from ACCEPT's classic lineup.

"It's grown quite a bit, actually," he said. "We've got a great mutual respect for each other and for our talents. This album ['Too Mean To Die'] was a total collaboration. This is the first ACCEPT album without Peter, so that was a big gap to fill. But everybody stepped up. Our [new] bass player Martin Motnik contributed quite a bit to this album." 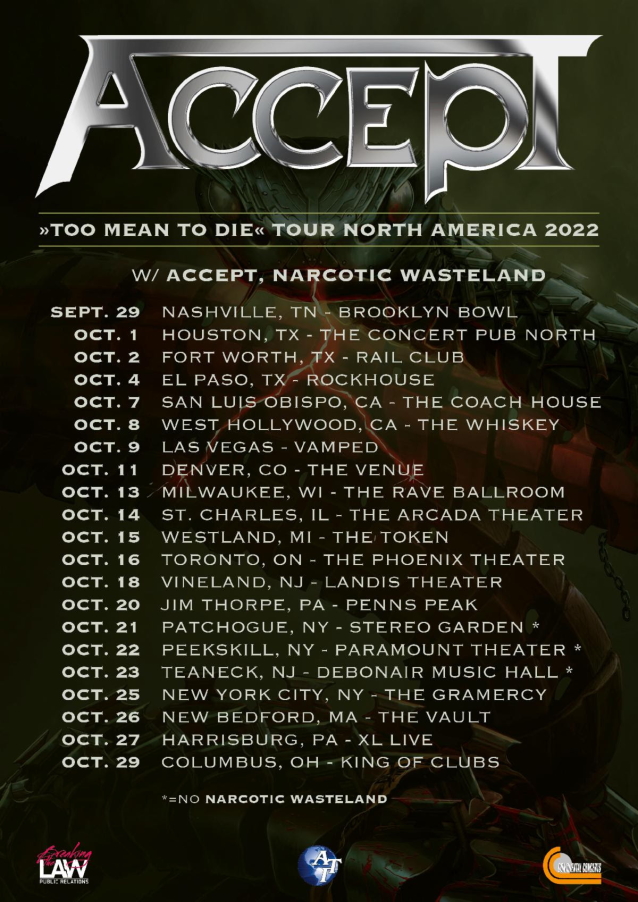