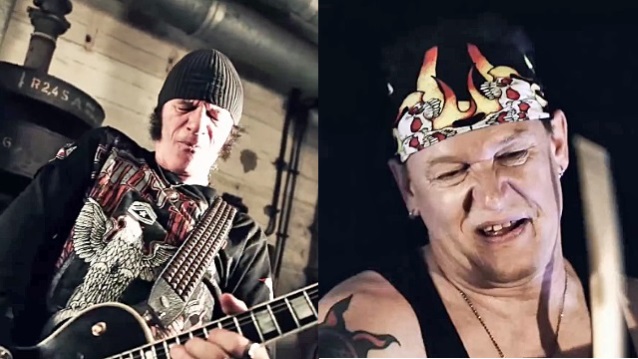 Says ACCEPT in a statement: "ACCEPT would like to thank Herman Frank and Stefan Schwarzmann for being with us these last four-plus years, for making themselves available whenever needed and for rocking their asses off!

"We and the fans all knew that they had their own careers and that eventually we would run into scheduling and other conflicts beyond our control.

"Herman and Stefan are now ready to take on the world, with their own band PANZER, a Nuclear Blast record deal under their belts and a new album!

"We are parting as friends and wish them nothing but success!

"We ourselves are getting ready for 2015 — another year of heavy touring!

"We would like to say thanks again to our fans around the world for their huge support and for the fantastic year 2014!

PANZER's debut album, "Send Them All To Hell", was released on November 28 via Nuclear Blast.