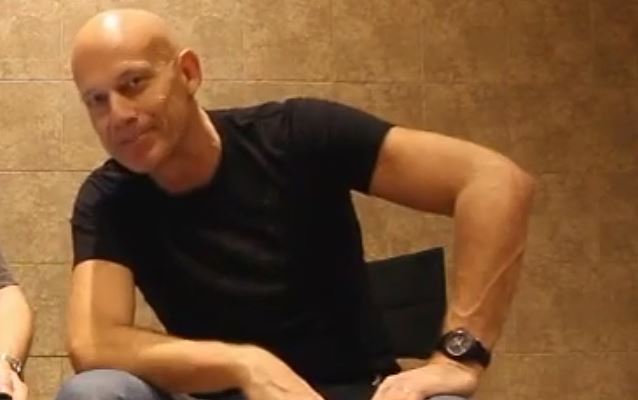 Mariskal Rock TV conducted an interview with guitarist Wolf Hoffmann of German/American metallers ACCEPT on October 11 in Madrid, Spain. You can now watch the chat below. A couple of excerpts follow (transcribed by BLABBERMOUTH.NET).

On whether he thinks ACCEPT was an influence on some of the early thrash metal bands:

Wolf: "Well, according to a lot of people, a lot of journalists, it has been, because we wrote the first speed metal song ever ['Fast As A Shark'], and a lot of other musicians have told me that. And definitely, we have a big influence on a lot of people's career. I mean, there's a lot of people that we never even expected to hear this from, but who said to me over the years, 'You know, when I heard 'Restless And Wild' back in the '80s, it changed my life and it made me become who I am as a musician.' So a lot of musicians took that as a starting point to form their own careers."

On why he thinks there have been so many quality metal bands coming out of Germany:

Wolf: "All I know is that ACCEPT was the first metal band in Germany. I mean, when we started, the terms 'heavy metal' didn't even exist yet, but eventually, people started calling ACCEPT heavy metal, and rightfully so, because we were the heaviest band in those days coming from Germany. And everybody else was coming later in those years. And we, at that point, had already lost touch, 'cause we were touring internationally very early on — starting in '84 — and going to America, and we never really had much contact with the home country anymore. But, of course, we met over the years many other bands from Germany. It's a great scene over there."