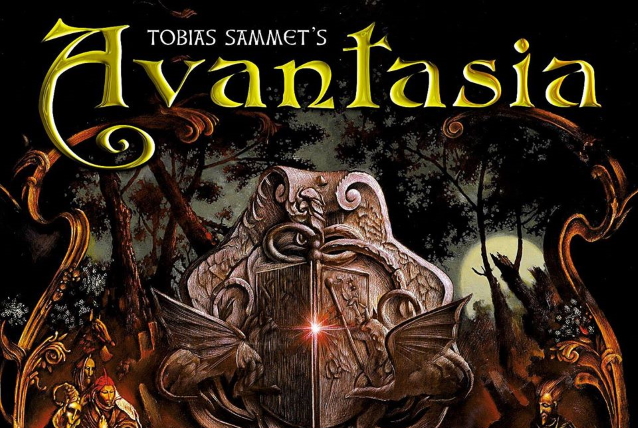 According to the French newspapers Le Parisien and Le Dauphiné Libéré, acclaimed heavy metal cover artist Jean-Pascal "JP" Fournier was arrested on Thursday for allegedly killing his 80-year-old father, Jean-Paul Fournier, by disemboweling him and shooting an arrow in his head.

The police apparently discovered Jean-Paul's body on Wednesday after being alerted by relatives. The victim's wife, an elderly and sick woman, was upstairs when the police arrived.

One day after allegedly committing the murder, Jean-Pascal reportedly tried to commit suicide by jumping from a bridge into the Isère river in the town of Saint-Martin-d'Hères in the suburbs of Grenoble. The police were called, and the the 47-year-old suspect, who was not injured, was immediately taken by investigators to the Grenoble police station where he was placed in police custody.

One of the victim's neighbors, Jacques, voiced his shock at the deadly outburst of violence, saying that the murderous act was "beyond comprehension." The neighbor described Jean-Paul as "quiet" and "very kind." As for Jean-Pascal, whom the neighbor saw from time to time, Jacques said: 'He did not look mean. He must have gone crazy. Why? I do not know."

According to his web site, Jean-Pascal Fournier began to draw and paint before he was able to walk, and he has worked on more than 200 album covers — including AVANTASIA's "The Metal Opera", DRAGONFORCE's "Valley Of The Damned" and EDGUY's "The Savage Poetry" — over the course of his nearly two-and-half-decade career. He has also designed the logos of several well-known metal acts.

In a 2019 inteview with Metal 'N' Rock For Life, Jean-Pascal admitted that he had a hard time making a living from his art. "I think that even an established illustrator will find it difficult to make ends meet," he said. "Personally, I gave up for a few years ago trying to make a living exclusively with [my art]."