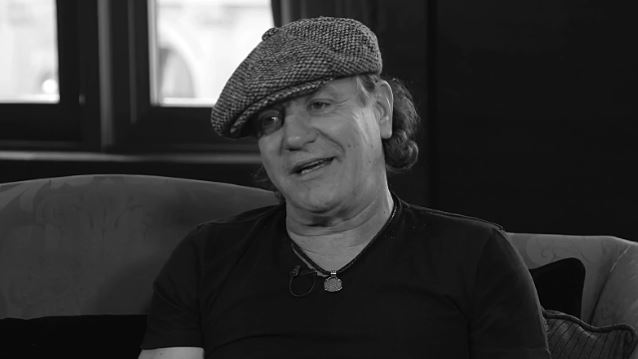 AC/DC: Behind-The-Scenes Footage From Making Of 'Rock The Blues Away' Video

Behind-the-scenes footage from the making of "Rock The Blues Away", the latest video from AC/DC, can be seen below. The clip, which was filmed on February 10 at the Dragonfly club in Los Angeles with the band's longtime collaborator David Mallet, features an enthusiastic crowd of real fans who came from all over the world just to be part of this historic taping.

"Rock The Blues Away" is the third video from AC/DC's 16th studio album, "Rock Or Bust", which sold around 172,000 copies in its first week of release to debut at No. 3 on The Billboard 200 album chart. This marked a huge drop from the opening number of 2008's "Black Ice", which topped sales charts in 29 countries, including the U.S. for the first time ever. It sold an incredible 784,288 copies in its first week in this country alone.