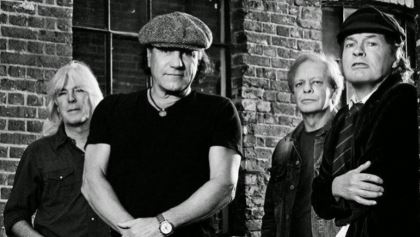 AC/DC has released an official new publicity photo of the band and notably absent from it is drummer Phil Rudd, who was also a no-show at the group's recent video shoot on October 3 and October 4 for the two new singles, "Play Ball" and "Rock Or Bust". Rudd was replaced for the filming by drummer Bob Richards (who had previously played with SHOGUN and IRON MAIDEN guitarist Adrian Smith),with singer Brian Johnson reportedly telling fans at the shoot that Rudd was unable to participate due to an undisclosed "family emergency."

Neither Rudd nor the band has issued any further comment on his absence from the shoot. Now the fact that he is missing from the first official band photo for its new album can only be cause for concern among fans already saddened by the departure of founding guitarist Malcolm Young, who is suffering from dementia.

Rudd joined AC/DC in 1974 and has been its only Australian-born member since 1977. He exited AC/DC in 1983 and was succeeded by Simon Wright and Chris Slade. When Slade left in 1993, Rudd rejoined the band and has been behind the kit until now.

AC/DC will release its new album, "Rock Or Bust", on December 2. The 11-song set is the band's first since 2008's "Black Ice" and the first in its history without Malcolm, who has been replaced by nephew Stevie Young.

AC/DC made it official last month that Malcolm would no longer record or perform with the group. His family disclosed a short time later that he was afflicted with dementia. The guitarist was rumored to have suffered a stroke earlier this year. 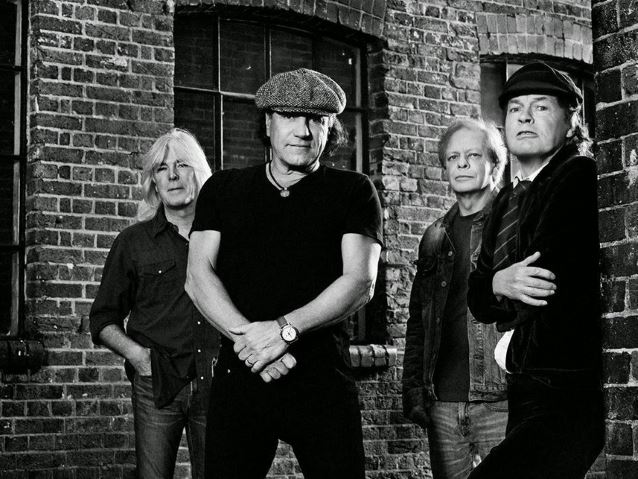