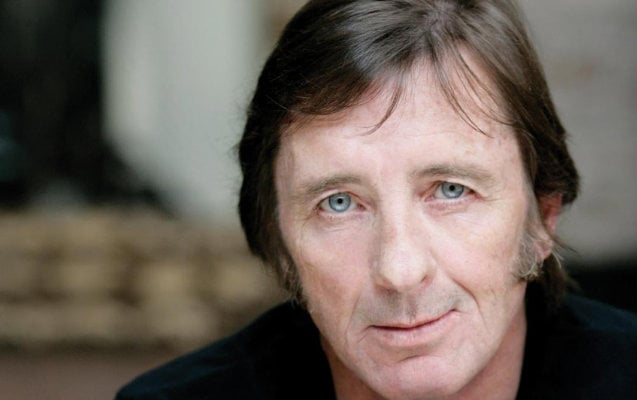 AC/DC Drummer PHIL RUDD: 'There Will Be Another Tour'

AC/DC drummer Phil Rudd has refuted rumors that the band will cease touring, saying that "we will probably all have to be dead before it stops."

AC/DC was at one point expected to celebrate its 40th anniversary this year by playing 40 shows in selected cities around the world, which have not yet been announced.

But then in April, the band confirmed widespread reports that guitarist Malcolm Young was stepping down due to an undisclosed illness, with some outlets reporting that he suffered a stroke.

The legendary Australian act stated that it will "continue to make music," and began recording sessions with producer Brendan O'Brien in May in Vancouver.

The group has enlisted Stevie Young, the nephew of guitarists Angus and Malcolm Young, to take Malcolm's place in the band for the recording sessions for their 16th studio album. Stevie Young played with AC/DC once before during a 1988 tour, while Malcolm stepped out to deal with his dependency on alcohol.

Speaking to the Nine Network in a prerecorded interview, aired on Friday (August 22),Rudd said: "There will be another tour and I will be on that.

"We will probably all have to be dead before it stops," he added.

AC/DC frontman Brian Johnson in June said that the band is "very likely" to tour before the end of the year. Johnson made his comments in a brief message at his web site, in which he thanked fans for their support of his U.K. television series "Cars That Rock".