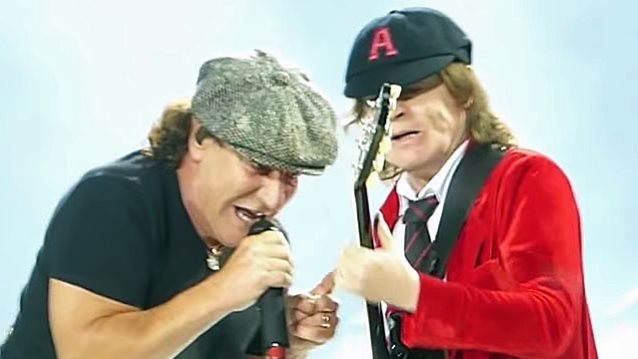 According to TMZ, AC/DC has filed a lawsuit to get a judge's order that it can use to direct federal marshals, and authorize local and state police and agents hired by the company to seize bootleg T-shirts and similar items during the band's upcoming U.S. tour.

AC/DC's next leg of U.S. dates kicks off on February 2 in Tacoma, Washington and concludes April 4 at Madison Square Garden in New York City.

In August 2010, Live Nation filed a lawsuit against several "John Does" in advance of that month's Ozzfest in Devore, California. ("John Doe" is a term used in lawsuits for individuals whose actual names are not yet known.) Live Nation was attempting to get a court order that would have federal and local law enforcement authorities seize and impound trademark-infringing gear at Ozzy Osbourne's travelling festival.

AC/DC's sixteenth studio album, "Rock Or Bust", has sold more than 560,000 copies since debuting at No. 3 on the Billboard album chart back in December 2014.

One-time AC/DC drummer Chris Slade officially joined the band's lineup for its performance at the Grammy Awards telecast. Slade is also behind the kit for the group's current world tour.