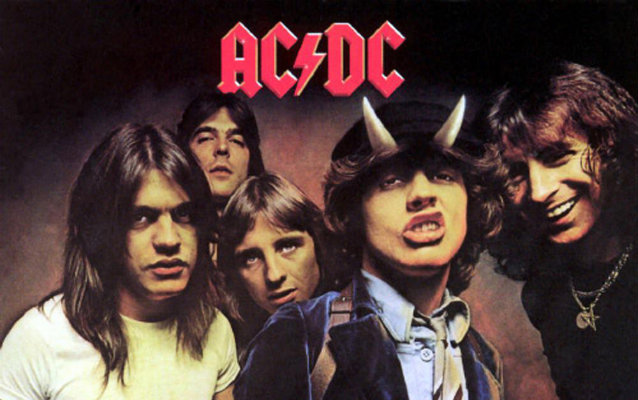 AC/DC's 'Highway To Hell' Lands At No. 4 On U.K. Christmas Single Chart

A campaign to make the AC/DC classic "Highway To Hell" the top song on the U.K. single chart for Christmas has resulted in a fourth-place finish, the band's most impressive showing ever. It stands as the Anglo-Australian hard rock act's first top 10 British hit in a 40-year career.

The 1979 song was chosen to challenge the U.K. edition of "The X Factor"'s recent dominance of the chart.

The Official Charts Company said: "AC/DC have scored their first-ever U.K. Top Ten single with 'Highway To Hell'. Despite having several Top Ten albums here, including three number ones, the veteran rockers' previous best was No. 12 in 1988 with 'Heatseeker'."

A spokesman for the campaign, which drew over 170,000 likes on Facebook, said: "AC/DC are celebrating their 40th anniversary as we speak. They formed in late 1973 and we are a few fans who thought it would be cool to see them at the top of the Christmas tree to celebrate their milestone."

Rock fans responsible for the AC/DC campaign previously made the 1992 track "Killing In The Name" by RAGE AGAINST THE MACHINE the No. 1 single at the end of 2009.