ACE FREHLEY On Possible Reunion With KISS: 'The Money Would Have To Be Right; I'm Not Gonna Take TOMMY THAYER's Salary'

Original KISS guitarist Ace Frehley is up for a reunion of the original band, but only if the price is right. Speaking exclusively to Rock Candy's Dave Reynolds for a 12-page cover story in the latest issue of the magazine, Space Ace discussed a wide range of issues, including his "bad boy" reputation and his current relationship with KISS leaders Paul Stanley and Gene Simmons. But the really exciting news for KISS fans is that Frehley is still ready and willing to perform with KISS as the band continues with its "End Of The Road" tour.

"It would be nice to go back out again with them," Frehley said. "But it's not my call. I think we have a really good relationship now. I text Paul back and forth and we've worked together, as I have with Gene. I would seriously consider it, but the money would have to be right. I'm not gonna take Tommy Thayer's salary.

"It would certainly sell more tickets with me involved," Ace added. "I have a gut feeling it will happen."

Ace acknowledges that he wasn't always the easiest to work with in KISS, given his acknowledged problems with drink and drugs.

"I know that I put those guys through hell in the past," he conceded. "Sometimes I was too drunk at soundchecks, but sobriety has made me more dependable and reliable." Frehley says he's been sober for 13 years now and would be fighting fit to rejoin the self-styled "Hottest Band In The World" for what would be an unforgettable experience, especially if original drummer Peter Criss were to come back into the fold.

"It would be really exciting," he said. "Not just for me, but also for the fans. I'm ready. I feel reborn."

Read the whole of this revealing article, and many more fascinating features, in issue 16 of Rock Candy, available in shops worldwide or direct online at this location.

In the months after KISS announced "End Of The Road", fans wondered openly if Frehley and Criss would be involved in the tour, especially considering the apparent recent goodwill between Paul and Gene and Ace. Frehley's latest album "Spaceman" — a title suggested by Simmons himself — features two songs the pair wrote together, and the duo completed a joint summer tour of Australia, after which Frehley fired his solo backing band and hired Simmons's.

Before KISS's "End Of The Road" tour launched in January, Frehley addressed some comments Simmons made about about a possible reunion of the band's original lineup, dismissing Gene's claim that Ace had been fired from KISS three times (he says he quit),alleging that Simmons groped Ace's wife during one of the bassist's "Vault Experience" events in Los Angeles and accusing Simmons and Stanley of trying "to derail my solo career multiple times over the years." After the allegations, he included a threat: "Without a complete and heartfelt apology, an offer to give me my old job back and removing Tommy [Thayer] from the throne I created, the shit will hit the fan and they'll [sic] be no stopping it. It's on!!!" He concluded the post with an image of him pointing at a camera emblazoned with the words, "The gloves are off!!" 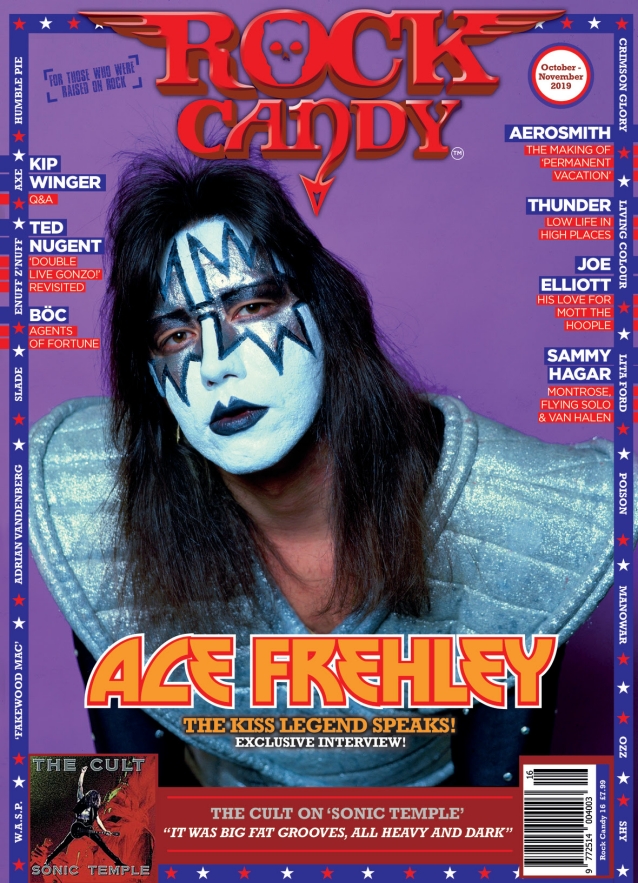