Ace Frehley has released the official music video for his cover version of the DEEP PURPLE classic "Space Truckin'". The track, which was recorded at The Creation Lab in Turlock, California with drummer Matt Starr and keyboard player Rob Sabino, will appear on "Origins Vol. 2", the sequel to Ace's 2016 collection of cover songs that inspired the former KISS guitarist, due on September 18 via eOne. The animated video was directed by eOne's Ken Gullic and animated by Chris Fequiere.

"'Space Truckin' was recorded years ago, and then I just re-recorded some parts and changed it a little," Frehley said in a statement. "We never ended up putting it on a record, so it was just sitting around. It turned out very well. Rob Sabino is a very accomplished studio musician, and we actually grew up in the Bronx together, so we go way back."

Last year, Frehley told The Weekender that "Origins Vol. 2" will once again feature a LED ZEPPELIN tune, "Good Times Bad Times". He also revealed that he wanted to lay down the vocals for "30 Days In The Hole" himself, but that he "just couldn't cut it, vocally, because [Steve] Marriott's just too good of a goddamn singer. I just couldn't do justice to his vocals," he explained. "But I remembered that I had bumped into Robin Zander years ago at a meet-and-greet and he had mentioned to me that he'd like to sing on one of my upcoming records, so I remembered that and gave him a call. And he killed it as well. He sounds like a young Marriott."

In a 2016 interview with The Aquarian Weekly, Frehley admitted that doing the first covers album was "the record company's idea. To be honest with you, initially, I wasn't that excited about the project, because I had just come off the high of the success of 'Space Invader', which is all originals except for a cover of 'The Joker'," he said. "It was almost, like, 'Okay, I'm going to go through the motions and get this out of the way and then jump into the studio for my next real studio album.' But I've gotta tell ya, man, once I started the process and started remembering the groups that influenced me, narrowing down which songs I thought were going to be best for the record, and then started the recording process; I really started getting more excited about it."

Frehley's latest album, "Spaceman", was released in October 2018 via eOne. KISS bassist/vocalist Gene Simmons co-wrote two tracks on the disc, "Without You I'm Nothing" and "Your Wish Is My Command", the latter of which also features Simmons's bass playing. 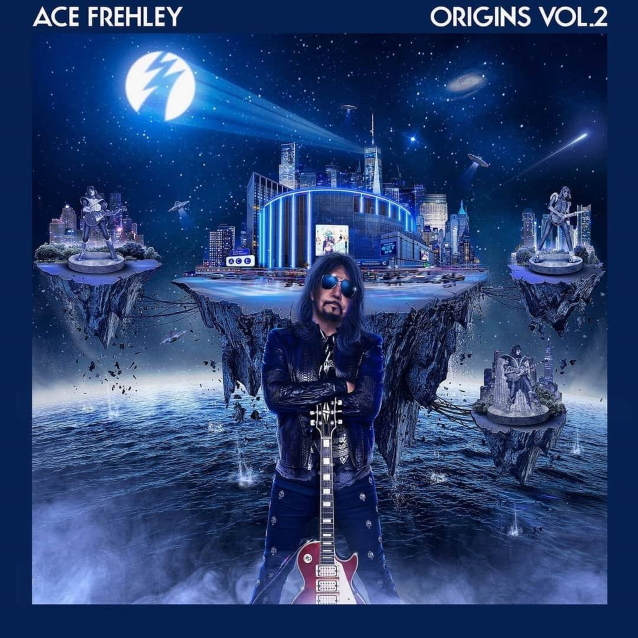