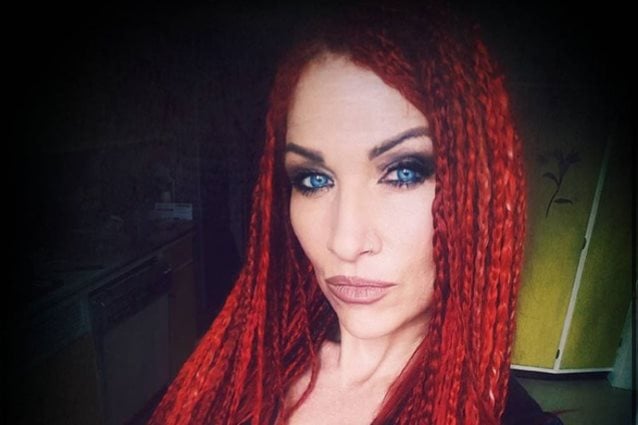 An attorney for ADRENALINE MOB's tour manager Jane Train said that she was removed from all life support measures yesterday (Wednesday, August 23),a little over a month after she suffered "catastrophic injuries" in a crash that killed the band's bassist.

Ed Ciarimboli, who represents the Rains family, told Times Leader his clients were thankful for the support they have received since the July 14 crash.

"The family and friends of Janet Rains wish to thank everybody for their prayers, their kind words and their support over the past several weeks," Ciarimboli said. "They ask that those prayers continue for Janet and her family and friends."

Ciarimboli said Janet's family struggled with the decision about ending her life support.

"This is a process," he said. "Janet Rains was completely removed from all life support. The family made that decision, and that process began [Wednesday] afternoon. She passed away about 3 p.m."

Rains reportedly sustained second- and third-degree burns on two-thirds of her body.

The accident occurred when a tractor-trailer — dispatched by Largo, Florida company Twiss Transport Inc. — veered off Interstate 75 near Micanopy, Florida, crossed at least one full traffic lane before leaving the road, splitting the RV in half and causing it to become engulfed in flames.

Ciarimboli and attorney Greg Fellerman expect to file a lawsuit against the trucking company in connection with the incident this week. Officials are awaiting the release of the tractor-trailer driver’s toxicology report, Ciarimboli said.

Robert Dressler, 45, of Plains, who was the band's soundman on the tour; and Jason McCole, 41, of Wilkes-Barre, who was driving the RV, were also injured.

A GoFundMe page created for Rains's recovery expenses has raised more than $21,000.

A benefit show for Janet was held on August 6 at the Irish Wolf Pub in Scranton, Pennsylvania.

Selfie Video at 4am. I love this song! "Say Something" by A Great Big World