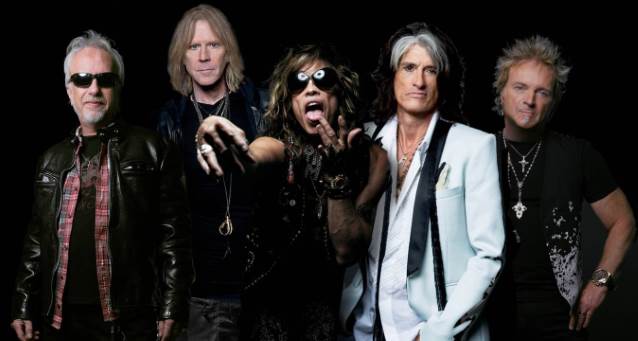 AEROSMITH's Las Vegas residency, promoted by Live Nation and MGM Resorts International, will bring you face to face with America's greatest rock 'n' roll band in one of the most immersive, state-of-the art audio and video technology experiences in Las Vegas. The show features never-seen-before visuals and audio from AEROSMITH recording sessions. Grammy Award-winning producer Giles Martin, known for creating the soundscape for "The Beatles Love" by Cirque du Soleil show in Las Vegas, will create a spectacular show experience.

AEROSMITH has teamed up with THX and L-Acoustics for their upcoming breakthrough residency at Park Theater to deliver the world's first THX Certified live performance presented in L-ISA Immersive Hyperreal Sound.

Citi is the official presale credit card of AEROSMITH's residency at Park Theater. As such, Citi cardmembers will have access to purchase presale tickets beginning Monday, August 20 at 10 a.m. PT through Citi's Private Pass program.

All presales end Thursday, August 23 at 10 p.m. PT. Tickets starting at $75 go on sale Friday, August 24 at 10 a.m. PT. VIP packages and on-stage seating will also be available. All shows are scheduled to begin at 8 p.m.

The 18 performances going on sale are:

The news of AEROSMITH's residency was broken by guitarist Joe Perry, who told SiriusXM's Beatles Channel that AEROSMITH will hit Sin City in 2019 leading up to the band's 50th anniversary. Perry said: "We're going to be doing a residency in Vegas starting next spring. What we want to do is something that I haven't seen before… just downsizing our live show, just playing in a smaller place. We want to do something different. We're in the middle of the production now. What we're talking about is having an experience that you wouldn't be able to see on a regular AEROSMITH tour."

He continued: "I feel like we've been out of the wind for a while and it seems like it would be a really cool thing to bring some of the history back, so the production is gonna look like that. But without losing what we are: a hardcore rock and roll band.

"We're having almost weekly conversations about the production and how we're gonna keep it true and honest to the heartbeat of the rock and roll that we play but still add an element that people will want to see. I haven't been this excited about a project with AEROSMITH in quite a while."

AEROSMITH officially formed in Boston in 1970 and last performed on May 5 at the New Orleans Jazz Fest.

Park Theater is the entertainment centerpiece of Park MGM, a partnership between MGM Resorts International and New York-based Sydell Group which features two distinct hotel experiences including a Las Vegas version of Sydell's widely acclaimed NoMad Hotel. The 5,200-seat Park Theater, with its cutting-edge audio and visual technology, provides artists of diverse talents with a dynamic space to create one-of-a-kind productions where every seat allows guests to feel up close and personal. From comedy shows and live concerts, to sporting events and award shows, the theater is specially designed to transform seamlessly for any occasion.

We’re taking Sin City by storm with our Deuces Are Wild Las Vegas Residency, opening April of 2019 at Park Theater at Park MGM! Citi presale begins Monday 8/20 at 10am PT before public on sale Friday 8/24 at 10am! For all dates, VIP info & ticket options click “Learn More” below!