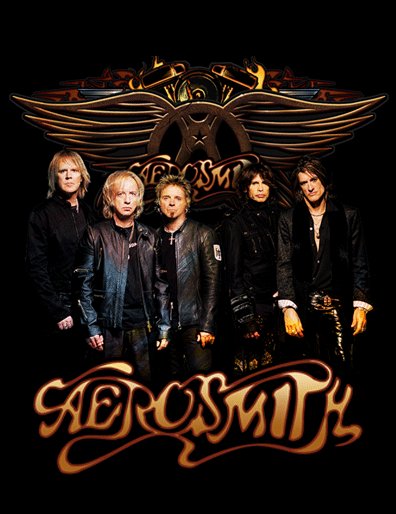 Most of the members of AEROSMITH spent a few days in late January/eary February working on songs for a new album with co-writer Marti Frederiksen at a studio in Los Angeles. The only man missing was guitarist Joe Perry, who was unable to join his bandmates for the sessions due to what Billboard.com described as an "unspecified commitment."

"Steven has been really good at selling the idea among his bandmates that the band is No. 1 and this is where his heart is," bassist Tom Hamilton told BostonHerald.com. "I look forward to him demonstrating that."

"I am bursting at the seams to [make a new album] and have been for a long time," Hamilton said. "Everybody's head is into it, and once Steven is done with his TV gig, we get to work and damned if we don't have a finished record by the end of September."

Regarding the reports that AEROSMITH will make an appearance on "American Idol" sometime this season, Hamilton said, "In my mind, so many things would have to be right before that would be attractive to me. We would have to do something to bring the rock. Not middle-of-the-road stuff. . . I want whatever we do to be rock. That means a lot to me."