Boston natives AEROSMITH will play at famed Fenway Park on Friday, September 18. Tickets go on sale to the public on January 31 at 10 a.m. ET.

Citi is the official presale credit card for the show. Citi cardmembers will have access to purchase presale tickets beginning Tuesday, January 28 at 10 a.m. ET through Citi Entertainment.

In the midst of celebrating 50 years as a band, AEROSMITH was recently honored as the MusiCares Person Of The Year for their considerable philanthropic efforts and undeniable impact on American music history, along with an their performance at Sunday night's Grammy Awards, but they also continue their record-breaking Las Vegas residency through 2020. Now they will have the ultimate celebration of their 50th anniversary at Fenway Park for an incredible once-in-a-lifetime one-night only performance, in the city where it all began.

Drummer Joey Kramer did not perform with AEROSMITH at the MusiCares benefit gala and the Grammy Awards after a Massachusetts judge ruled against him in his bid to be reinstated in the band.

After Kramer injured his shoulder last year, his drum tech filled in for a few gigs during AEROSMITH's residency in Las Vegas. Kramer did, however, perform with the rest of AEROSMITH in July at the Twin Cities Summer Jam in Shakopee.

The legendary Boston rockers haven't released a new studio album since 2012's "Music From Another Dimension!" That effort was released when AEROSMITH's label, Columbia Records, was reportedly going through a leadership change, and it ended up becoming a commercial disappointment. 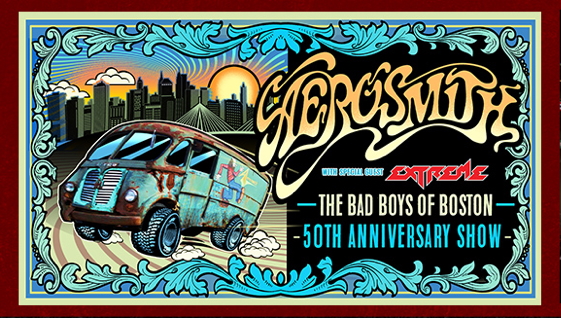