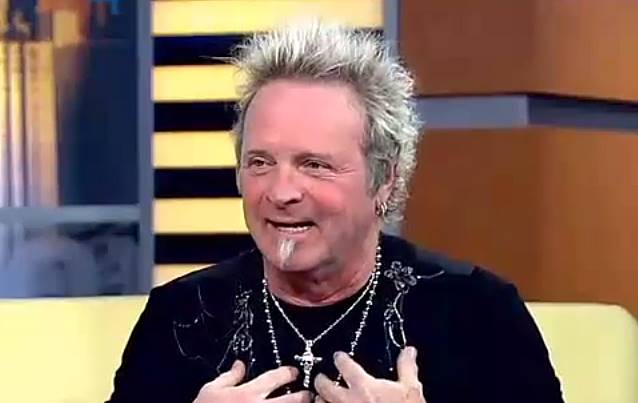 AEROSMITH drummer Joey Kramer says that "there is almost no reason" for the band to ever make another studio album considering the lukewarm response to AEROSMITH's last CD, 2012's "Music From Another Dimension!" "It would be great to make another record, but it's almost [like] 'Why bother?'" Kramer told Ultimate Classic Rock in a brand new interview. "Records don't sell, and they don't do anything. There's no record companies to pay for it, so you have to pay for it out of your pocket. Especially with us now, because we're a free agent — we're no longer with a record company."

He continued: "There's really no money per se to be made on records. We used to make a lot of money on records. Now all of our money is made on touring. Artistically, it would be fun to make another record and it would be a beautiful thing if we can put it together. But to what avail, I don't know. There's almost no reason to do it, you know, judging from the last one and how it went over."

Asked if he finds AEROSMITH's current situation creatively and artistically frustrating, Kramer said: "Well, it is — it's frustrating, because personally I think it's a really good record. It's an AEROSMITH record and it was done the way that we used to do them. But there were certain things that held it back, one of them being the industry and the state that it's in at present."

He added: "That record, I think there's a couple of songs that may become classics after being played for years, just like a lot of our other ones have. Because it's going to be around and it's going to be be played 15 years from now, 20 years from now unlike what's going on now. Music now is so disposable. It's so, like, 'Okay, here it is and five minutes later there's something else.' We're not the Justin Biebers and the Nicki Minajs of the world, so unfortunately, records don't make sense."

AEROSMITH guitarist Brad Whitford last November echoed a lot of fans feelings regarding "Music From Another Dimension!", telling VH1 Radio Network's Dave Basner, "We have a lot of issues with the last record now. We felt like . . . I don't know, we feel like we missed the mark a little bit, and I'm not quite sure what we would've done different, but we feel like we should've done something a little different — but I don't think we know what it was. . .We had a good time making it, but I don't know if the material that we did really translated. Maybe we're a little bit stuck in the way we do things. I don't know. We kind of did it old school and thought we were going in the right direction, but. . . I don't know. I don't know."

Whitford went on to talk about tentative plans for the band's next album. "Maybe we'll experiment a bit more in maybe the writing process and stuff," he said. "Maybe we need to go back and do some more. . . maybe bring in some more contemporary people to work with, and maybe take a few twists and turns. I don't know."