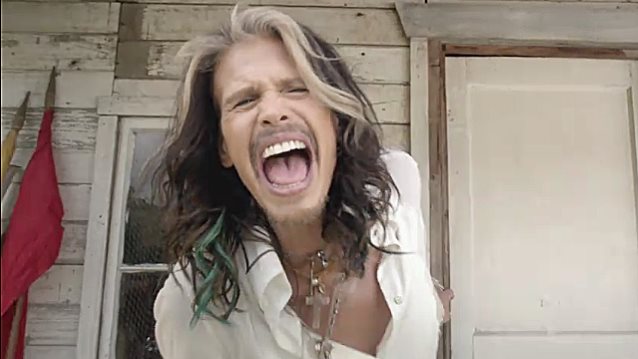 AEROSMITH frontman Steven Tyler will release his first-ever solo album, "We're All Somebody From Somewhere", on July 15 via Big Machine Label Group's Dot Records. An accompanying tour called "Out On A Limb" kicks off July 2.

Tyler produced the 15-track country-flavored CD with T Bone Burnett, Dan Huff, Marti Fredriksen and Jaren Johnston. The title track will be released in advance of the album on June 24.

Tyler said during an appearance on "The Ellen DeGeneres Show": "I headed down to Nashville last spring to start working on this project, wrote some kick-ass songs with some of Music City’s finest songwriters and now we get to share them with the world."

Speaking with Rolling Stone during an over-the-phone press conference, Tyler stated about "We're All Somebody From Somewhere": "I believe y'all are gonna listen to this stuff and you’re gonna agree with me that it fell from a star. I had nothing to do with this shit, it's just Nashville. There's something so magical about this town and me writing with all these people."

Tyler's first country single, "Love Is Your Name", came out in May 2015 and was followed this past January by "Red White And You", which was also produced by Huff.

"Out On A Limb" is a 19-city run that finds Tyler appearing at intimate venues with a Nashville-based backing band, LOVING MARY. Stops include the CMA Music Festival on June 11 and the "Today" show's concert series on June 24.

"The last time we did small venues was at the end of that first run of AEROSMITH, about '81, '82, '83," Tyler told Rolling Stone. "We started going down, the band started breaking up. . . [But] I always loved them. I prefer them. I like to look out and everybody's close, as opposed to [a crowd of] 20,000 when there's the barricade and they keep everybody back, going, 'We need a fire lane!' I'm going, 'What the fuck? I can't see or feel the people.

"It's a very living-room thing to play small venues, it's a little more personal," he continued. "I get to talk to people and be up-close and personal, and tell them how the music business is a dark trench, a dark, dirty, money trench. [Laughs] And talk about where I get my inspiration from and talk about the new songs on the record and get to play, finally, songs that we couldn't because the record will be out by then." 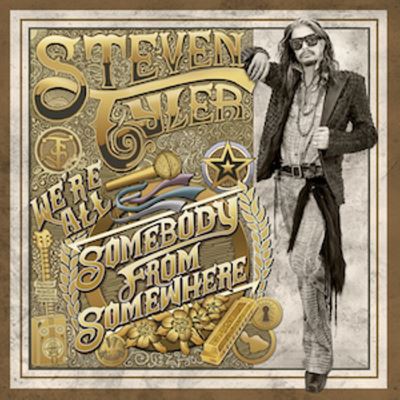