A sample of another new AGATHODAIMON song entitled "Alone In The Dark (Death Angel's Shadow)" is available for streaming on the band's MySpace. The song comes off the limited digipack edition of the German black/death/gothic metallers' long-awaited new album, "Phoenix", which is scheduled for release on March 20 via Massacre Records. The follow-up to "Serpent's Embrace" will mark the debut of the band's new vocalist, Chris "Ashtrael" Bonner, who joined the group last fall. According to the label, "The regular CD will have a playing time of over 63 minutes, the limited edition even more than 72 minutes!"

The limited edition also features "Alone In The Dark" in two versions (a new version with Ashtrael and Sathonys on vocals) and the original soundtrack version (with vocals by Ruth "Ophelia" Knepel, who also sang "Solitude" on the band's last album, "Serpent's Embrace").

"Serpent's Embrace" was released in 2004 via Nuclear Blast Records. 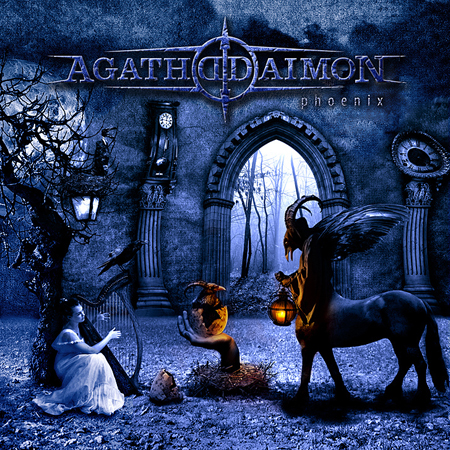