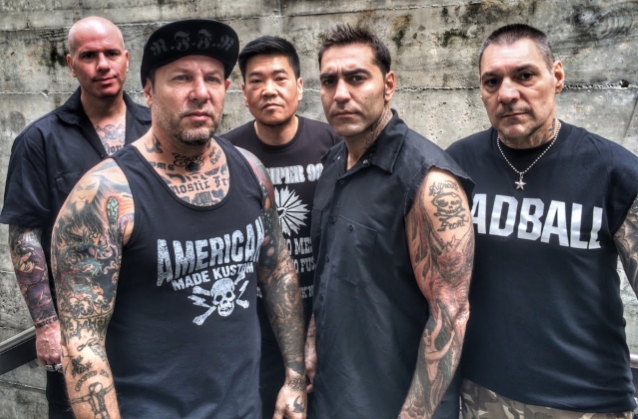 Legendary New York hardcore pioneers AGNOSTIC FRONT will celebrate the 35th anniversary or their iconic debut full-length studio album, "Victim In Pain", on a North American tour in late summer and early fall. The 17-date trek will kick off in St. Louis on September 18 and will feature PRONG as direct support.

Singer Roger Miret comments: "We are extremely excited to have our friends PRONG perform with us in celebration of our 35th anniversary of 'Victim In Pain'. These shows will be epic! Tickets go on sale this Friday. See you in the pit!"

General tickets will be available for purchase this Friday, June 28.

AGNOSTIC FRONT plans to enter the studio this summer to record its 12th studio album.

The band's latest LP, "The American Dream Died", was released in 2015. The disc, which was produced by MADBALL singer Freddy Cricien and engineered, mixed and mastered by Paul Miner (H2O, TERROR),features guest appearances by Cricien, Toby Morse (H2O) and Lou Koller (SICK OF IT ALL).

PRONG will celebrate the 25 anniversary of its album "Cleansing" with a limited series of intimate dates, as well as festival shows, in August in Europe. The band will delve deep into material off "Cleansing", as well as "Beg To Differ", and will offer some surprises as well.

PRONG's latest album, "Zero Days", was released in July 2017 via Steamhammer/SPV. The disc was once again produced by founding member Tommy Victor, with trusted collaborator Chris Collier as co-producer and engineer. 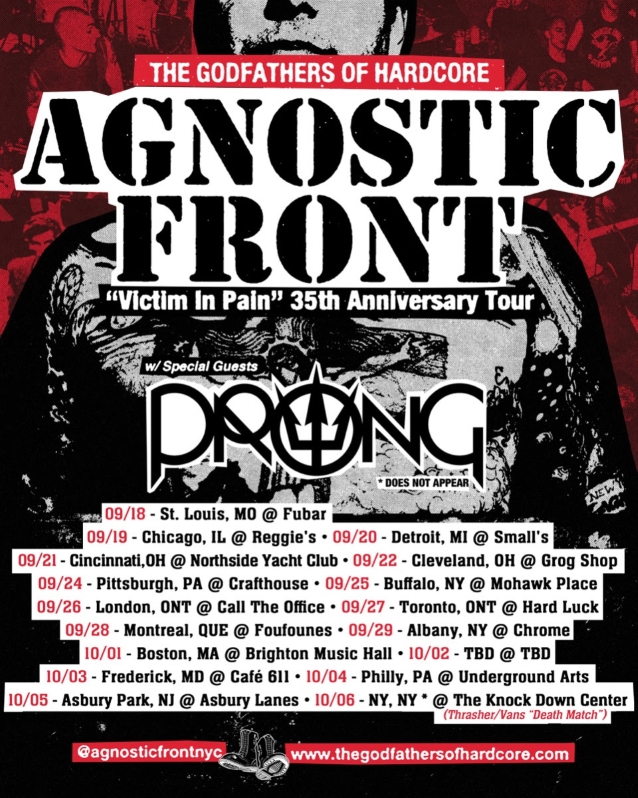