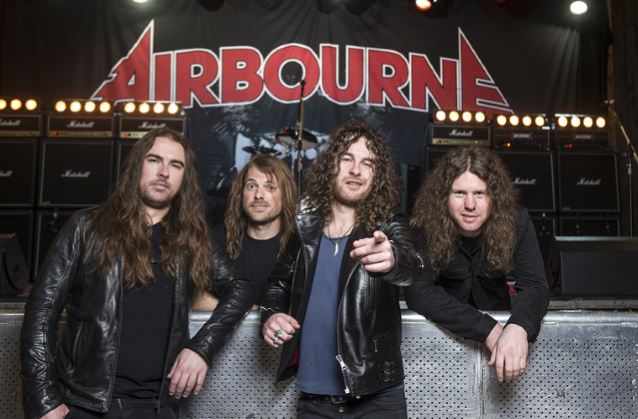 AIRBOURNE's high-octane "Breakin' Outta Hell", the title track from the Australian hard rock band's new album, is an official theme song for the WWE's "Hell In a Cell" event, which airs globally on Sunday, October 30 at 8 p.m./5 p.m. PT on the WWE network.

WWE SVP and GM, WWE Music GroupNeil Lawi says: "Music is a critical and emotional component of WWE, and I am proud to expand our relationship with AIRBOURNE. They continue to deliver rock anthems that suit our brand, as we deliver our content on multiple platforms for our fans."

The Aussie rockers just enjoyed the best chart positions of their career with their fourth album, which also serves as their Spinefarm debut.

AIRBOURNE just wrapped a successful headline tour in support of "Breakin' Outta Hell". During the trek, frontman Joel O'Keeffe suffered some minor injuries in a stage fall, yet didn't miss a beat or a show, jumping back on stage and continuing to play mere seconds after he took the tumble.

AIRBOURNE will next head to Europe to embark on a tour with VOLBEAT. 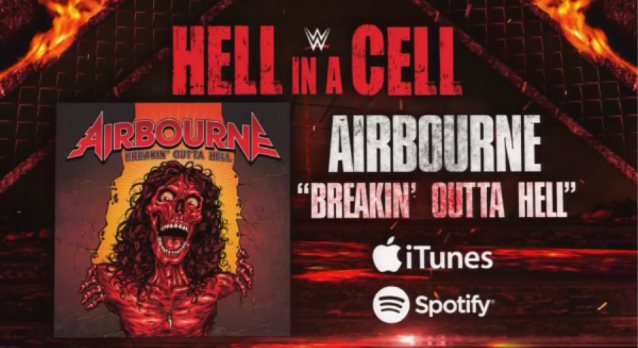