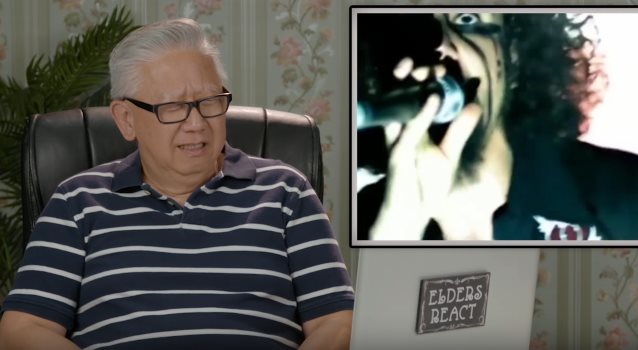 Watch Elders React To SYSTEM OF A DOWN

SYSTEM OF A DOWN is featured in "Elders React", a Fine Brothers Entertainment series in which a group of older, average citizens give their candid reactions to viral videos, politics, movie trailers, pop stars, YouTube stars and more.

In the latest "Elders React", a panel of senior citizens watch and listen to "Chop Suey" and "Sugar" from SYSTEM OF A DOWN for the first time. Some really dug the music while others struggled with it. One 94-year-old said, "You want me to pay money to see these people? I wouldn't give them a penny." Other comments included "I hope their voice boxes are okay" and "It's too raw." But once the messages behind a lot of the band's music were revealed, it hit a chord with a couple of elders who have Holocaust survivors in their family. SYSTEM OF A DOWN's work to shine light on the Armenian Genocide also turned most of the senior citizens around to at least respect the group.

Although SYSTEM has toured intermittently in the last five-plus years, the band has not made a new album in more than a decade.