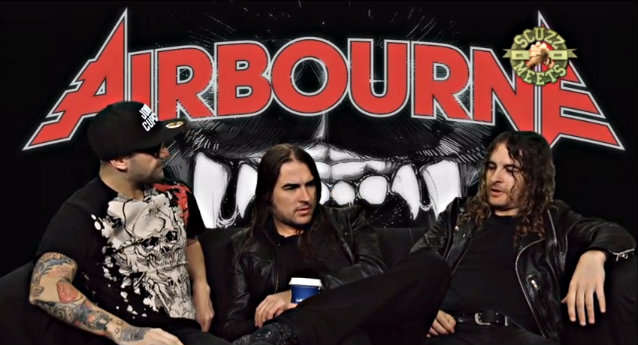 Terry "Beez" Bezer of Scuzz recently conducted an interview with Australian hard rockers AIRBOURNE. You can now watch the chat below.

AIRBOURNE's "Back In The Game" video was filmed earlier this year on tour around the world. The song comes off AIRBOURNE's third album, "Black Dog Barking", which was released in May via Roadrunner Records. The follow-up to 2010's "No Guts. No Glory." was helmed by award-winning producer Brian Howes.

In a recent interview with ARTISTdirect, AIRBOURNE said about the new CD: "With 'No Guts. No Glory.', we might've rushed a few things here and there because we had two world tours back-to-back up against each other. We recorded the music just in the middle of all that. We even had some shows between recording. This time, we spaced it out, and got our sound back to tape again.

"Brian Howes loves the same kind of music that we do, like IRON MAIDEN, MOTÖRHEAD, JUDAS PRIEST and Elvis Presley. He always wanted to make a rock 'n' roll record, but he never got the chance to. When we recorded with him, that was our goal. It was very comfortable. We got to do this right."

Regarding the "Black Dog Barking" album title, AIRBOURNE said: "When we started this band, the music scene had a lot of new stuff going on in the late Nineties and early Two-Thousands. METALLICA were still as big as they are. However, when we'd play shows, people would be like, 'What do you need all of those amps for?' We were like, 'What? This is rock 'n' roll.' They played this fucking indie shit or whatever-the-fuck it is. Our mindset was, 'Fuck you and your indie shit. We're going to play rock 'n' roll!' The venues started closing down because of noise pollution. We weren't going to let rock 'n' roll die though. That's what 'Black Dog Barking' is about. It's a call to arms. If you're with us, you're on our side. If you're not, then we're coming for you." 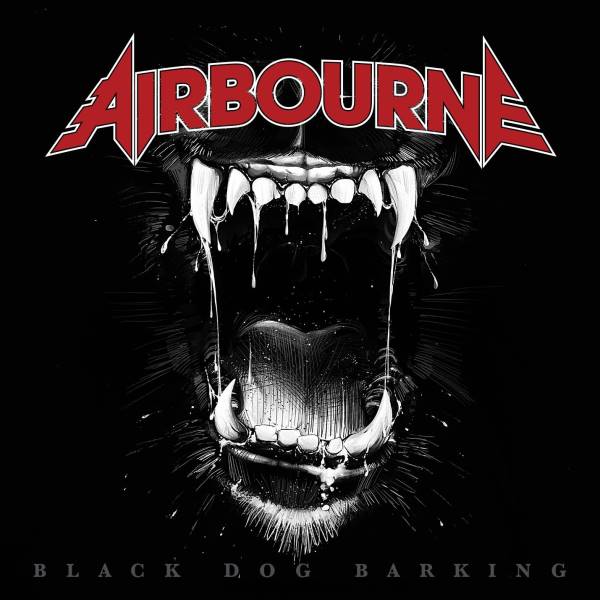