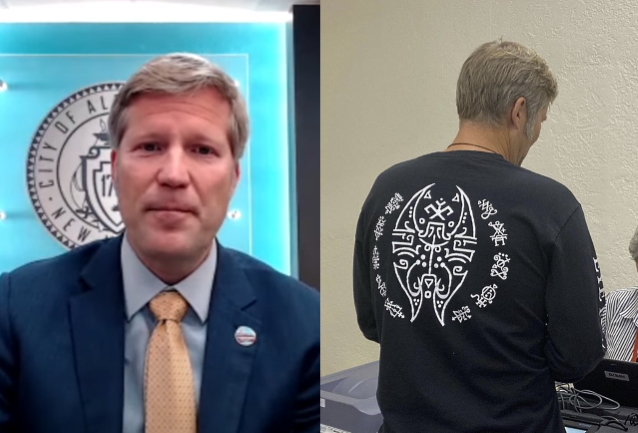 On Wednesday (October 26),SOULFLY shared a photo of Keller at an early voting site in Albuquerque, and included the following message: "Albuquerque’s Mayor Tim Keller sporting his SOULFLY gear while voting yesterday! Rock the vote!"

This is not the first time Keller has sported heavy metal merchandise in public. Two years ago, Keller donned a MACHINE HEAD hooded sweatshirt when he cast his ballot in the U.S. presidential election. Back in December 2018, he wore a PANTERA Christmas sweater for a signing of a bill granting family paid parental leave to city employees. The legislation made Albuquerque the first city in New Mexico to extend paid parental leave benefits to its municipal workforce.

"Albuquerque has always been pretty strong on the heavy metal front," Keller told The New York Times four and a half years ago. "What can I say, this is something I've been into for a long time."

Keller was elected to a second four-year term last November. He pulled off the win with nearly 60% of the vote.