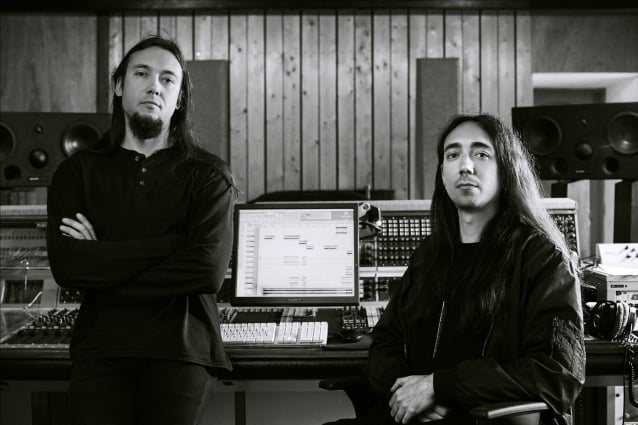 Paris, France-based post-black metal/shoegaze duo ALCEST has signed to Nuclear Blast Records. The band has entered Drudenhaus Studio in Nantes to record its sixth studio album for a late 2019 release.

Founded in 2000 by songwriter and multi-instrumentalist Neige and joined by drummer Winterhalter in 2009, ALCEST has become the pioneers of blackgaze, a unique and virtuosic mixture of post (black) metal and shoegaze. With a dreamy, otherworldly sound full of contrasts mixing rough darkness and soft melodies, the band forged five full-length releases and went from black metal beginnings to the eerie pop on "Shelter" and further on to 2016's "Kodama", inspired by the Japanese anime "Princess Mononoke". ALCEST's fans always expect the unexpected from a duo that never ceased to explore new worlds, dive into their own imagination and create a truly magical universe through each played note.

After constantly touring the world and bewitching all the different corners of Europe, America, Asia and Australia, the French duo is ready to once again move on to pastures new and has now signed a worldwide contract with Nuclear Blast Records.

Nuclear Blast's head of A&R Andy Siry states: "ALCEST have always been a band that never followed anyone's footsteps and forged a completely new music genre by following the sound of their most hidden dreams. Therefore, we are more than happy to join them along their path, support them on a worldwide level, and see where their next album will guide us to. Bienvenue à Donzdorf, Neige et Winterhalter!"

ALCEST comments: "We are happy to start a new chapter of our journey by signing a deal with Nuclear Blast Records. We are in the studio at the moment, working on our 6th album and feel really excited about releasing this record with the help of our new partners. We will also start playing live again from May this year, so keep an eye on the dates."