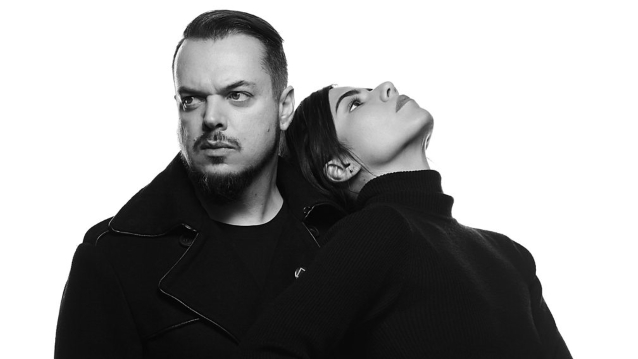 After being away from home for so many years, MIXHELL decided to work with Brechó Replay to help try and get back in touch with what's going on in their home country. "Through our longtime collaborators Planalto, we heard about this upcoming crew," MIXHELL told The Skinny. "They are a collective of artists, stylists, video makers and second hand clothes sellers. We trusted them to create their story and were amazed by the spontaneity of the result. It is honest, it shows them in their environment, the city where MIXHELL came from, and it's crazy fun. It is great to see a crew developing like they are."

Now living in London, Laima and Igor have been producing and performing together since 2004 and have toured Europe and the U.S. since 2007. After collaborating with artists such as Diplo, MSTRKRFT, 2manydjs and DJ Hell, among others, they have built a solid underground career in electronic music, in which they perform with live instruments. Their latest release, "Strong And Wrong", features Goddard and Mutado Pintado of PARANOID LONDON fame.

In a 2009 interview, Igor was asked if SEPULTURA and CAVALERA CONSPIRACY fans will like MIXHELL, Igor — who plays live drums in MIXHELL while Laima is the DJ — replied, "I don't know. I really enjoy it, because for me it's still very, very extreme. My drumming is very energetic. It just has different grooves to it than what I do with CAVALERA."

When asked how his metal background has affected his work with MIXHELL, Igor replied, "For me, even when I was playing metal, I always tried new things, I was never stuck to one [thing]. It was always, like, very open-minded. Anybody who followed the SEPULTURA years knows that we tried new things; it was not about being stuck in time; it was about moving up, always. So, for me, MIXHELL is a continuation of my career."

Igor Cavalera left SEPULTURA in June 2006 due to "artistic differences." His departure from the band came five months after he announced that he was taking a break from SEPULTURA's touring activities to spend time with his second wife and their son (who was born in January 2006).