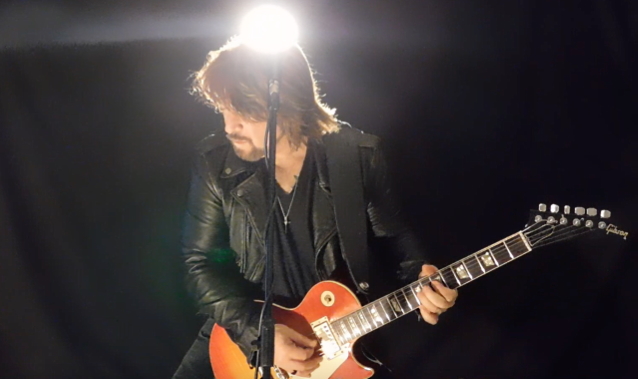 Canadian guitarist, vocalist, keyboardist, songwriter and producer Aldo Nova has released a new single, "Hey Ladi Dadi", on all the digital outlets. He describes the song as "almost heavy metal, but with a hook that'll have you shaking your head and stomping your feet at the same time."

"Hey Ladi Dadi" is taken from Aldo's 23-song, one-hour-and-53-minute-long rock opera titled "The Life And Times Of Eddie Gage", which is due out in May 2021.

Nova decided in 2008 not to write, produce, or do anything for anyone else but himself and chose to pursue his vision of writing and creating a rock opera which, from its inception, was called "The Life And Times Of Eddie Gage". He wrote his first song for it on February 8, 2008 called "Go On", and continued to write and produce the initial eight songs that started the project rolling. All eight of these songs appear in its final form which was finished 12 years later — on May 12, 2020 — that also consist of songs written in 2011, 2013, 2015, and the bulk of the album being written in 2019.

In the rock opera, Aldo plays all the different characters, morphing his voice with each different song.

In 2018, Aldo decided to come out of the darkness to record his album "2.0" which featured turbocharged versions six tracks from his debut album, along with a new song called "I'm A Survivor". It got a mixed response, but, as he says, "I realized a long time ago that whatever you put out, not everybody will like it, so I don't stress about it."

"The Life And Times Of Eddie Gage" track listing: