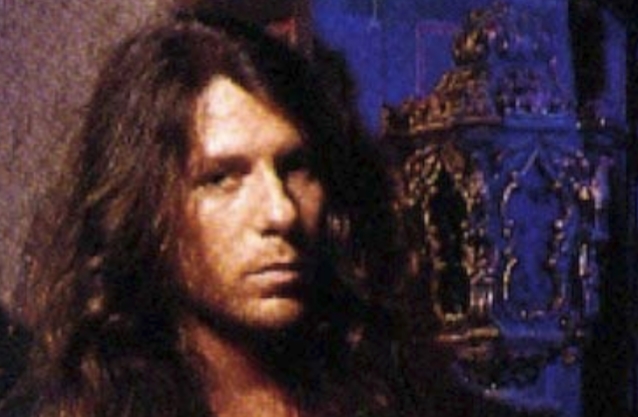 In a new Music Radar retrospective on his career, SAVATAGE guitarist Criss Oliva — who was killed by a drunk driver 25 years ago last month — is praised by TESTAMENT guitarist Alex Skolnick and former MORBID ANGEL bassist/vocalist David Vincent.

Skolnick first heard Oliva on "Sirens", SAVATAGE's influential 1983 debut, but the two guitarists didn't meet until 1990, when SAVATAGE opened for TESTAMENT during the latter band's tour in support of "Practice What You Preach".

"I'd always liked Criss's sound and thought he was a very good fit for the band," Skolnick said, "but when I heard him live a number of years later, he'd developed so much that at first, I wasn't sure he was the same guy who'd done the recordings. I think most guitarists take a few albums to really develop and find their voices — yours truly included — and Criss had really found a path of serious development beyond how he'd sounded on the early albums."

After Oliva's passing, Skolnick joined SAVATAGE temporarily to perform on and tour in support of 1994's "Handful Of Rain". "It was a big honor to be asked to step into Criss's shoes for a time," Skolnick said. "One of the things I appreciated was that he didn't just play fast runs all over the place — he was very good at slow, singing bends and long notes, yet able to fill the space in between with enough flash to keep it interesting and exciting, but not at the expense of the song or musicality."

Even though SAVATAGE had little in common musically with MORBID ANGEL and other notable Florida death metal acts, Vincent said the group — who were the first metal band to record at Tampa's famed Morrisound Recording — had a strong impact on the local scene nonetheless.

"SAVATAGE was one of the original pillars of the Tampa music community, and Criss's unique and passionate style was a huge contributing factor," Vincent said. "Although SAVATAGE were stylistically different from much of the other 'Morrisound family,' they were family nonetheless, and were always right there with us carrying the torch."

Criss was one of the founding members of SAVATAGE, with whom he recorded seven studio albums and one EP prior to his death at the age of 30.

Two years after his passing, SAVATAGE — who went on to record another four studio albums between 1994 and 2001 — released the composite live album "Ghost In The Ruins: A Tribute To Criss Oliva", which compiled performances from the band's tours in support of 1987's "Hall Of The Mountain King" and 1989's "Gutter Ballet".

In 1996, members of SAVATAGE and their producer, Paul O'Neill, formed a new band, TRANS-SIBERIAN ORCHESTRA. In the years since, the group has become a top concert draw, with their annual holiday tour of American arenas — the 2018 edition of which kicked off on November 14 — regularly selling more than 1 million tickets.