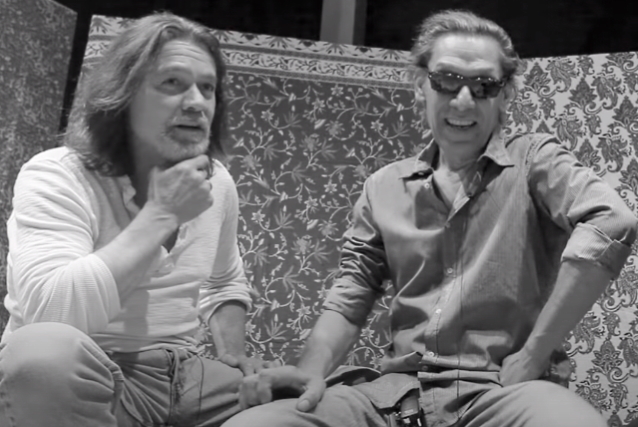 ALEX VAN HALEN Celebrates First Birthday Without His Brother: 'The View From My Drum Set Will Never Be The Same'

VAN HALEN drummer Alex Van Halen turned 68 on Saturday, May 8. It was his first birthday since the death of his brother, iconic VAN HALEN guitarist Eddie Van Halen.

Alex commemorated the occasion by sharing the following statement: "First birthday without you, Ed. The view from my drum set will never be the same. VH forever!"

Eddie passed away last October at St. John's Hospital in Santa Monica, California. Alex was by his side, as were Eddie's wife, Janie, and son, Wolfgang.

The axeman died from complications due to cancer, his son confirmed.

“First birthday without you, Ed. The view from my drum set will never be the same. VH forever!”
- Alex Van Halen, May 8th, 2021#VanHalenForever#AlexVanHalen#EddieVanHalen#VanHalenBrothers#TheMightyVanHalen#VanHalen#EVHForever#EVHRIPpic.twitter.com/DLQxh9tjOz