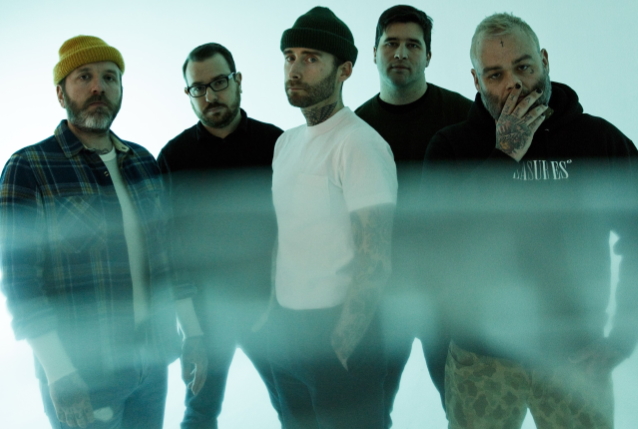 ALEXISONFIRE Releases Fan-Fueled Music Video For 'Season Of The Flood'

ALEXISONFIRE has released a fan-fueled music video for the song "Season Of The Flood". The clip is notably comprised of footage shot exclusively by ALEXISONFIRE concert-goers in Winnipeg, Edmonton, Calgary, and Vancouver.

During the band's January 2020 Western Canadian tour, fans were encouraged to shoot footage of the live performance of "Season Of The Flood" from their mobile devices and submit it to the band. Earlier this week, ALEXISONFIRE sent the finished video to everyone who submitted footage, ensuring their fans were the first to give their collective work a proper global debut ahead of tonight's public premiere.

Last night's "Season Of The Flood" video premiere wasfollowed by a very special, one-time "watch party" of "Alexisonfire: Live At Copps", originally filmed on December 30, 2012 at Copps Coliseum in Hamilton, Ontario, on the ALEXISONFIRE YouTube channel. Members of the band joined fans worldwide in conversation throughout the concert, which features 24 songs first featured on the "Alexisonfire: Live At Copps" 4-LP release.

In addition, four more live videos will be released on May 18 featuring footage from December 29, 2012, the last of four incredible sold-out shows that ALEXISONFIRE performed at Sound Academy in Toronto.