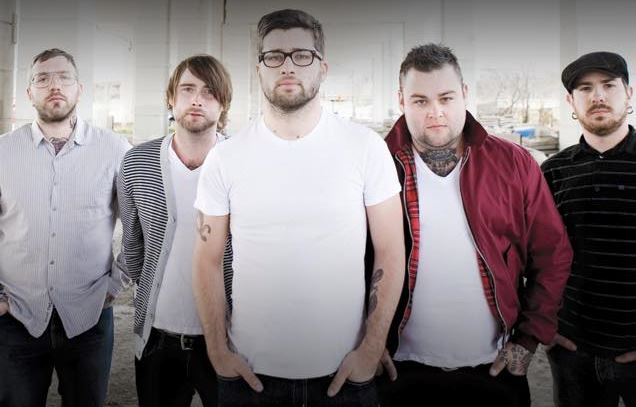 St. Catharines, Ontario, Canada-based post-hardcore act ALEXISONFIRE has reunited for good and has promised its fans "to never leave you again."

ALEXISONFIRE split up in 2011 following the departure of two members, only to reform in March this year for a number of comeback shows, including the Heavy Montreal festival in Montreal, Quebec, Canada.

During ALEXISONFIRE's performance at Riot Fest in Toronto this weekend, guitarist Wade MacNeil told the crowd: "Thank you for believing in this band when we couldn't even believe in this band. Thank you for sticking with us. We promise to never leave you again. No more sentimental shit. ALEXISONFIRE is officially back."

ALEXISONFIRE's 2007 album "Crisis" achieved platinum-selling status in Canada after debuting at #1 on the Top 200 Nielsen Soundscan chart there.

The band's fourth studio album, "Old Crows/Young Cardinals", came out in June 2009 via Vagrant Records in the U.S.A. and on Dine Alone in the rest of the world.