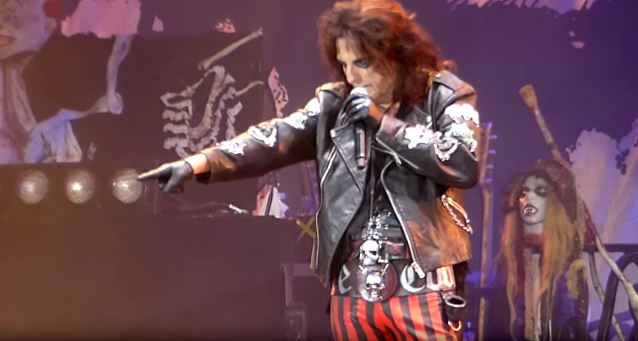 Legendary rocker Alice Cooper has told ABC News Radio that he is working on a new solo album and is planning a follow-up to HOLLYWOOD VAMPIRES' self-titled debut record, which came out last fall.

"So, I'm working on two albums at once right now," he explained, adding, "And I'm gonna be on two tours this summer. I got my own tour and then I got the VAMPIRES tour. So, I don't get a rest."

Cooper's new solo album will feature contributions from his current backing group as well as material he has co-written with the other surviving members of the original ALICE COOPER band.

"[Drummer] Neal [Smith] and [guitarist] Mike [Bruce] and I just wrote two or three songs," he said. "[Bassist] Dennis [Dunaway] and I wrote some songs together."

He added: "When we broke up [in 1974], we broke up as friends. We never broke up as enemies. If they're doing a gig, I show up and sing a few songs with them. If I'm doing a gig and they're in town, they come up on stage. So, there's never been any bad blood between any of us."