ALICE IN CHAINS will embark on a U.S. tour in early July. So far the following dates have been announced:

ALICE IN CHAINS' latest album, "The Devil Put Dinosaurs Here", sold 62,000 copies in the United States in its first week of release. The disc followed up 2009's "Black Gives Way To Blue", which was the group's first all-new collection of material in 14 years. That CD opened with 126,000 units back in October 2009 to debut at No. 5.

ALICE IN CHAINS was previously in the Top Two with its self-titled 1995 set, which debuted at No. 1 on that year's November 25 chart, according to Billboard.com. It would be their final studio release with singer Layne Staley, who died in 2002.

"The Devil Put Dinosaurs Here" was ALICE IN CHAINS' second album with William DuVall on vocals. 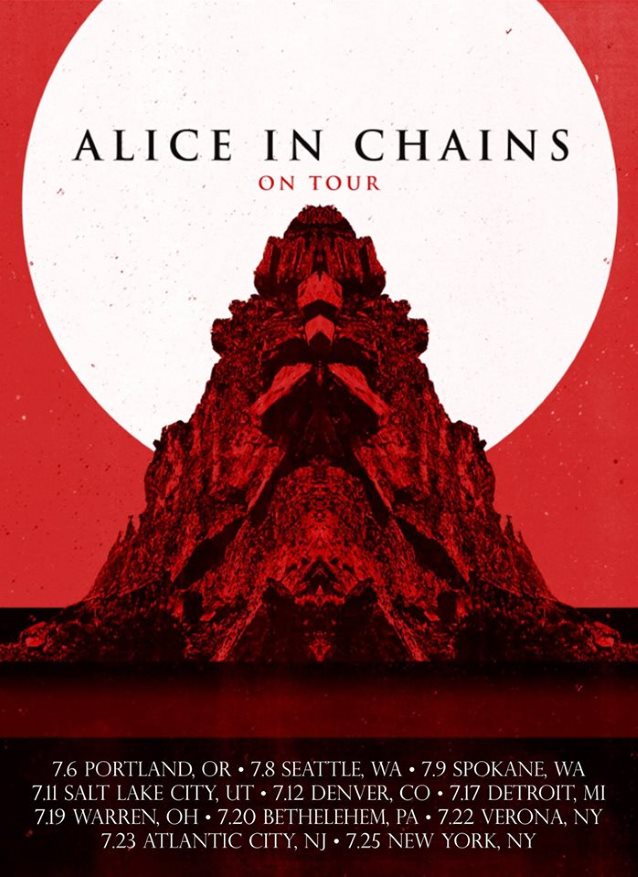