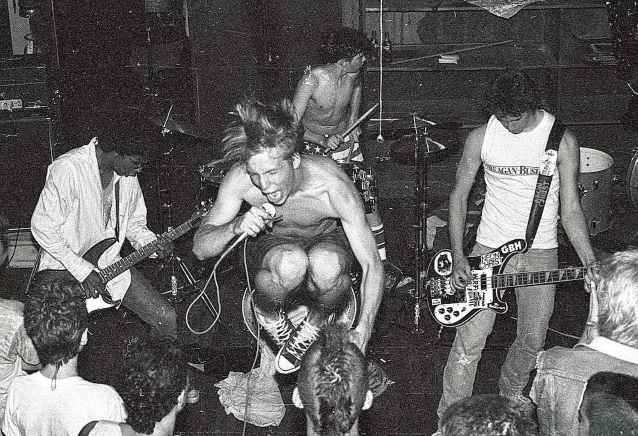 NEON CHRIST, the cult hardcore luminaries featuring William DuVall (BL'AST!, COMES WITH THE FALL, ALICE IN CHAINS),Jimmy Demer (GARDENS OF.., ACCIDENTS),Danny Lankford (GARDENS OF.., GODEVILS, ACCIDENTS) and Randy DuTeau (GARDENS OF),have announced a co-release between Southern Lord and DVL Recordings for Record Store Day (June 12),reissuing a deluxe edition of their 1984 sessions. Digital format will also be available via Bandcamp only, and non-Record Store formats will follow at a later date via Southern Lord.

To remaster the original tapes using an all-analog process, DuVall made multiple trips to Nashville to one of the few remaining studios (Welcome To 1979) maintaining the vintage technology to play and process the audio. Side one of "1984" features the original NEON CHRIST seven-inch EP, and side two contains the four songs of the Labor Day session, all on heavyweight vinyl at 45 RPM for maximum fidelity. The package includes a full-colour gatefold sleeve and a 12-page oral history booklet featuring dozens of never-before-seen photographs.

About the remastering process, DuVall reveals: "The studio I went to in Nashville to remaster the audio is called Welcome To 1979, aptly named because it's like entering a time warp in the best possible way.

"It's becoming increasingly rare and miraculous to find a facility anywhere in the world that can do all-analogue audio mastering for vinyl LPs. What's additionally amazing (for all my fellow audio nerds out there) is that Welcome To 1979 also does lacquer plating right there on-site. I know of no other place in America that does recording, mixing, mastering, lacquer cutting, and lacquer plating all under one roof. As if that's not enough, they also manufacture and refurbish tape machines. Pretty incredible.

"Remastering the 1984 NEON CHRIST recordings has been very enlightening and fulfilling. I hadn't listened to that music in a studio atmosphere since back when it was originally recorded. It was nice hanging out with those kids again. I was sixteen writing those songs.

"NEON CHRIST is quintessential youth music from a tumultuous time, both in our own lives and in the world at large. It documents the birth of a new music and culture that would influence everything that came afterward. We loved being a part of that emerging scene. We're even more proud now of the contributions we and so many of our friends made. The energy and emotions we captured remain timeless.

"I had planned to do a proper NEON CHRIST reissue through my label, DVL Recordings, this year. It must have been the right time because, as soon as I'd made up my mind to do it, Greg from Southern Lord reached out about doing exactly the same thing. I suggested we join forces. I admire what the Southern Lord label has achieved. Suffice it to say, all of us in NEON CHRIST are extremely honoured that there's any interest at all in what we did so many years ago."

NEON CHRIST formed in the fall of 1983 with DuVall on guitar, Demer on drums, Lankford on bass, and DuTeau on vocals. They made their debut in the early morning hours of New Year's Day 1984. That March, they recorded their eponymous debut 10-song EP. Released in June '84, the EP's songs exemplify the band's signature musical diversity, from D.R.I.-style thrashers like "Parental Suppression" to the atmospheric improv of "After". A short East Coast tour followed. On Labor Day 1984, the band recorded four tracks in the home studio of Nick Jameson of FOGHAT fame. A few months later, "Ashes To Ashes" was included on the International Peace/War compilation released by MDC's R Radical Records, bringing the band worldwide exposure.

NEON CHRIST shared the stage with legends of '80s hardcore including the DEAD KENNEDYS, CIRCLE JERKS and CORROSION OF CONFORMITY. In 1985, the band added Shawn Devine on second guitar, as their sound and songs became slower, heavier, and more melodic. DuVall wrote an album's worth of songs in 1985, but only "Savior (Drawn In)" was ever recorded in what would be the band's final studio session on December 26, 1985 (the master tapes were lost). Returning to the four-piece original lineup, the band played a handful of Atlanta shows and then took a break in March of 1986. A few months later, William moved to Santa Cruz, California to join BL'AST!, and Jimmy, Danny and Randy formed GARDENS OF…William later founded jazz/punk/world improvisers NO WALLS. In 1999, he would form COMES WITH THE FALL and move the band to Los Angeles, where he struck up a friendship and musical collaboration with Jerry Cantrell. William joined ALICE IN CHAINS as vocalist and guitarist in 2006. On February 2, 2008, NEON CHRIST reunited to headline the Ratlanta Punkfest 2.

To this day, the band members maintain a close friendship, as well as a desire to honor the legacy of the group. So when longtime fan Greg Anderson of Southern Lord contacted them about reissuing a deluxe edition of NEON CHRIST's 1984 sessions, "1984" quickly came to life. 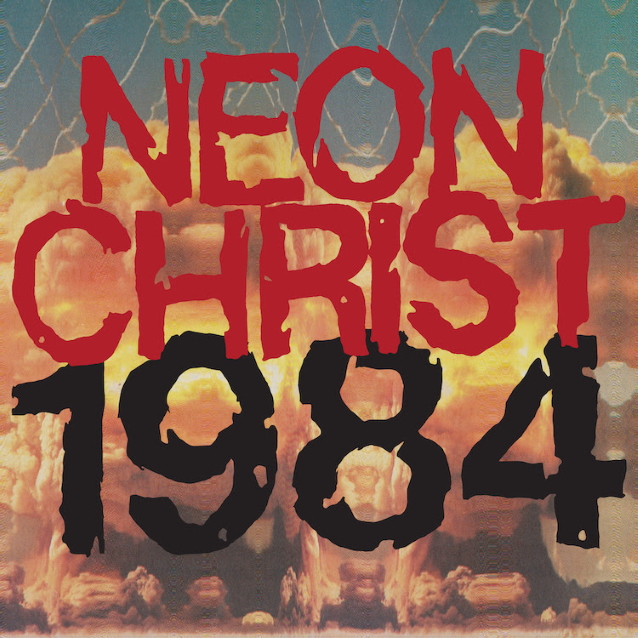