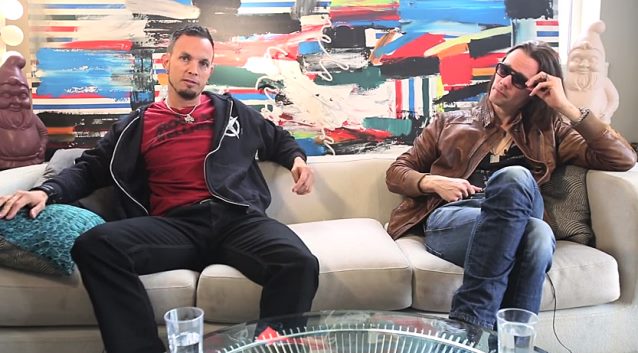 The first two parts of a video track-by-track breakdown of ALTER BRIDGE's fourth album, "Fortress", by Myles Kennedy (vocals, guitar) and Mark Tremonti (guitar) can be seen below. Due on October 8 via EMI Label Services, the CD was helmed by longtime ALTER BRIDGE producer Michael "Elvis" Baskette, known for his work with FALLING IN REVERSE, STORY OF THE YEAR and INCUBUS, to name a few.

In a recent interview with Kill Your Stereo, ALTER BRIDGE bassist Brian Marshall stated about "Fortress": "I think it's definitely a little bit more cerebral. I think every record we try to kind of better ourselves, and I think this record definitely shows that we've progressed, and the arrangements of the songs, we didn't think about too much, rather just letting them evolve. In the end, I think it shows all of that as well. We would just try things out all the time, and eventually, some of the songs would get pretty lengthy and well, we didn't care. We've got a couple of 6-7 minute songs on the record, and our fans like that, and we like it too. We like those journeys that we can take with a piece of music when we can really hit it hard and that's just something ALTER BRIDGE has become accustomed with and it's just kind of where we've gone. Consistently we've just kind of been pushing ourselves. The songs on the record are a bit more up-tempo as well. I think this is our epic. It's our hardest rock record to date."

Asked if there was any particular sound ALTER BRIDGE was going for when writing and recording "Fortress", Marshall said: "There was no real pretense of how we wanted it to sound. We just got in there on several different occasions while Myles [Kennedy, vocals] was out with Slash. He would fly into Orlando when he could, and we would have set up at Mark's [Tremonti, guitar] house, and we had three different writing sessions, all of which were about a week a piece, and we just went with it and sort of pieced it together. There was no pretense, we just went with a lot of our different ideas for different parts. We just got in together and kinda went through the process. It was more or less the same as we always do it. The songs are just an evolution of where we are and that's just how it is, really."

Marshall also elaborated on the songwriting process for "Fortress", telling Kill Your Stereo: "I think, like, Mark did a solo project, and he put forward some more up-tempo stuff, because I think when he was writing his own record he had a lot of material that he was writing for that in particular that was put aside and either not shown or not recorded, and I think there was some very heavy stuff. I think that kind of filtered its way into ALTER BRIDGE. Some of it was a bit over the top, but it was like, he would just bounce some of those ideas off of us, and then we would kind of try them together. We just tried to walk away from each writing process with a sense of satisfaction in the songs, even if it's just a work in progress. So it was really just a lot of ideas that hadn't seen the light of day yet. All of us have a lot of different influences. Like Myles has got his whole Jazz and blues influences. The combination of all of our influences kind of comes together and that's how we get the ALTER BRIDGE sound." 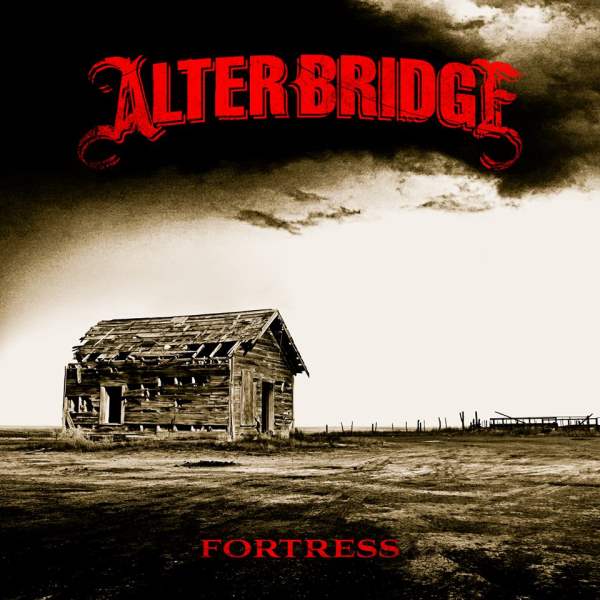