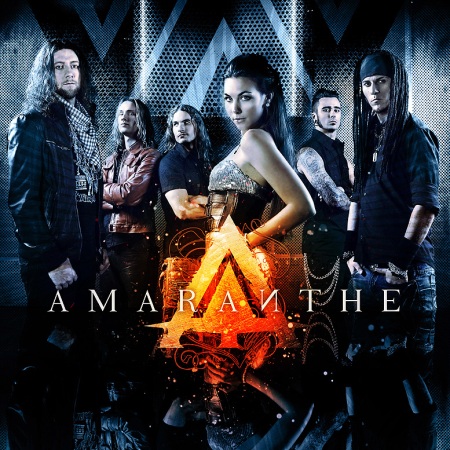 Commented Mörck: "After the immense response to the 'Hunger' video, receiving close to 100,000 views in a few weeks, we have quite big shoes to fill with the new video — but Patric's ideas are pure genius, as always, [and] his working methods are spontaneous and flexible but always fit our own vision perfectly. First day of filming was a blast, and we can't wait to share the result with all of you guys!"

AMARANTHE will release its self-titled debut album in Europe on April 13 via Spinefarm Records.

Mörck previously stated about the band: "AMARANTHE has for long been an idea between me and Jake E to break out of the mold of our past projects and create something new and fresh entirely and to give room for ideas not appropriate for the other acts and projects we are part of. The result is an onslaught of soaring melodies, heavy riffing and guttural screams from the netherworld, a result of having three singers in the band; Jake E on clean vocals, cabaret virtuoso Elize on female vocals and Andy on screams. The result is a quite distinct sound, especially combined with the music itself that draws upon influences from a varied spectrum of genres, all to create a thrilling experience for the listener."