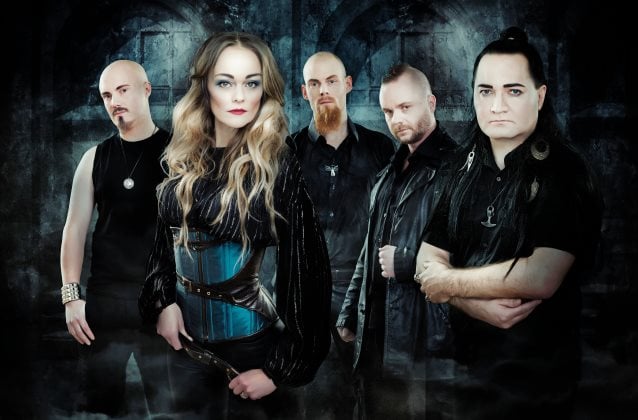 The official lyric video for "Maybe", a brand new song from Finnish symphonic metallers AMBERIAN DAWN, can be seen below. The track is taken from the band's eighth album, titled "Darkness Of Eternity", which will be released on November 10 via Napalm Records.

Commented AMBERIAN DAWN keyboardist and mastermind Tuomas Seppälä: "This song represents the poppier side of the album.

"Most songs on this album are heavier and I'm glad that there was still room for a couple of softer songs too.

"So far I haven't put a side project band together for these different kinds of songs. Instead of that, I've wanted to make all those experiments with AMBERIAN DAWN.

"I was happy to produce this song as a tribute to ABBA's Benny Andersson. Most of the keyboards on this song was recorded at his studio in Stockholm and with his legendary keyboard 'Great White Elephant,' a Yamaha GX-1 which is often heard on ABBA songs in late '70's and early '80s.

"Lead vocal melody is actually based on a keyboard riff I composed at the age of 15 or something. That melody came back to me from somewhere and it became eventually the cornerstone of the whole song! After I got the main melody working in its final form, rest of the song kind of wrote itself.

"Those 16-beats with hi-hats which run through the whole song were there from the very first demo of mine and our drummer Joonas and bassist Jukka insisted keeping that style in the final version too."

Seppälä says: "'Darkness Of Eternity' is one of the most emotional AMBERIAN DAWN albums so far. It's got some really bombastic songs in mood of dark and symphonic melodic metal and in contrast to that also some really poppy songs too. 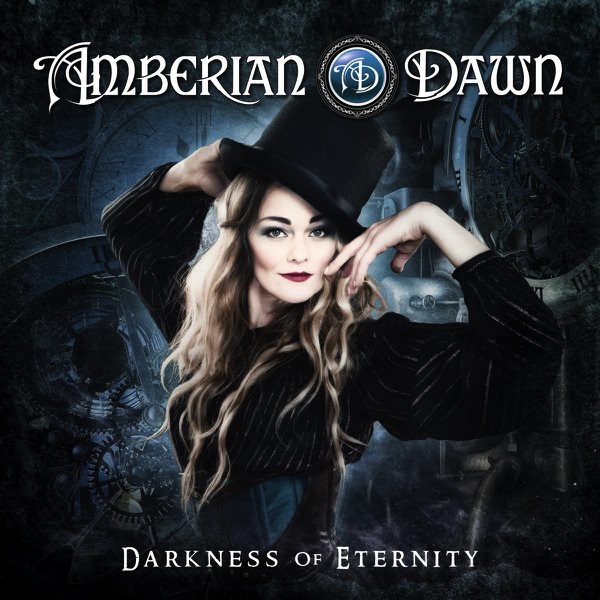