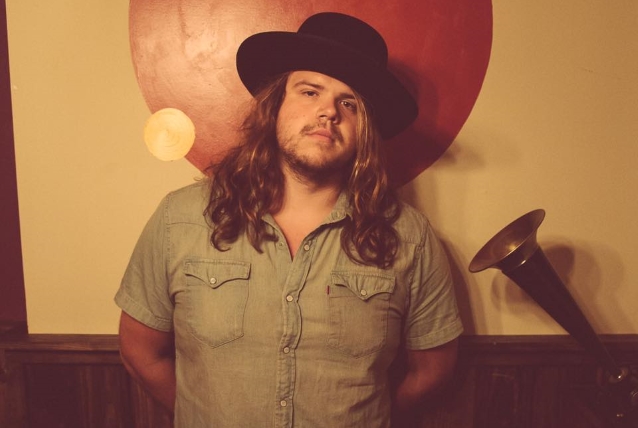 Vocalist Caleb Johnson, who won the thirteenth season of the television singing competition series "American Idol" in 2014, will join the eastern touring troupe of TRANS-SIBERIAN ORCHESTRA on their annual winter tour this year, which kicks off November 14 in Green Bay, Wisconsin.

As a contestant on "Idol", Johnson earned praise for his renditions of '80s hard rock anthems by WHITESNAKE and BON JOVI, in addition to covers of RUSH, AEROSMITH and JOURNEY.

Several months after winning "Idol", the 27-year-old native of Asheville, North Carolina — who is managed by SKID ROW guitarist Dave "Snake" Sabo for McGhee Entertainment (KISS, TED NUGENT) — released his debut album, "Testify", via Interscope. Produced by Howard Benson (MOTÖRHEAD, HALESTORM, ALL THAT REMAINS),the disc included one song co-written by James Michael (SIXX:A.M.) and another written by Justin Hawkins (THE DARKNESS),while a "deluxe edition" also featured a cover of AEROSMITH's "Dream On". Among the musicians who appeared on the album were Phil X (BON JOVI),Joe Rickard (IN FLAMES) and Josh Freese (GUNS N' ROSES, A PERFECT CIRCLE, NINE INCH NAILS).

Upon its release, "Testify" debuted at No. 24 on the Billboard 200 after selling 11,000 albums during its first week of availability, the lowest first-week sales figure and chart position of any "Idol" winner. According to Wikipedia, the album has sold just over 30,000 copies to date. Johnson subsequently parted ways with Interscope and independently released an EP, "Born From Southern Ground", in 2016. He will release a new single, "Born And Raised", on September 10, with a new album to follow soon after.

Prior to hitting the road with TSO, Johnson will take part in "Bat", a touring production in which he will perform MEAT LOAF's legendary "Bat Out Of Hell" in its entirety while backed by members of the NEVERLAND BAND. "Bat" was created and is being produced by guitarist Paul Crook (ex-ANTHRAX),who has performed with MEAT LOAF since 2003.

Stoked to be rocking the east coast leg of the @trans_siberian winter arena tour !! See you at a show ! Dates are below 🤘⚡️🤘 pic.twitter.com/EnqEZRvZNo